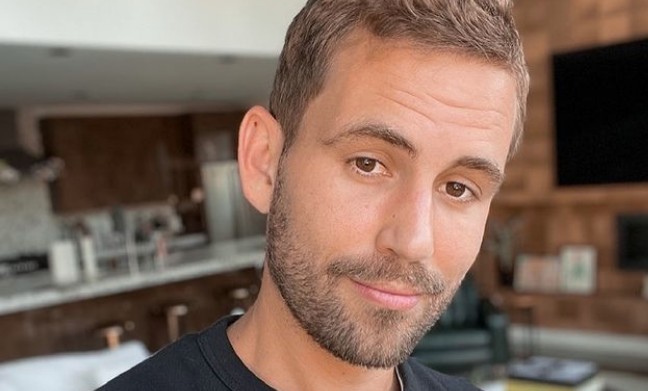 Next Monday night’s episode of The Bachelorette will finally reveal Blake Moynes crashing the party. Ahead of his debut, Nick Viall is dishing out his thoughts on Blake joining the show four episodes into the season. What better person to weigh in on this than someone who’s been there and done the exact same thing. So, what does Nick think about Blake?

Former Bachelor Nick Viall did the exact same thing Blake Moynes is about to do. Nick famously joined Kaitlyn Bristowe’s season of The Bachelorette when they were well into filming. The men hated it as no doubt they will when Blake joins as well. Nick made it far on Kaitlyn’s season and he’s predicting Blake to do the same.

US Weekly shared what Nick had to say about Blake arriving to hopefully sweep Katie off her feet. Nick said it’s obvious Blake will take a lot of “crap” from the other men for coming in late. Plus he said the following, “Blake is going to get crap, obviously, for someone who fell in love with Clare [Crawley] without validation, fell in love with Tayshia [Adams] without validation. So, when he’s [saying], ‘I’m in love with Katie,’ it’s fair to question [it]. He continued,  “I don’t question that he believes what he says. I just kind of question, like, ‘Do you just kind of love hard, bro?’”

Nick doesn’t know everything that went down between Katie and Blake pre-show. However, the two were talking via DM’s before she left for filming. Nick said, “It sounds like there was some dialogue between Katie and Blake. I don’t think it was to the degree that it was with [me and] Kaitlyn.” He went on to say, “[For us], it was like a pretty intense, you know, two months of dialogue, but I do think Blake will go far.” 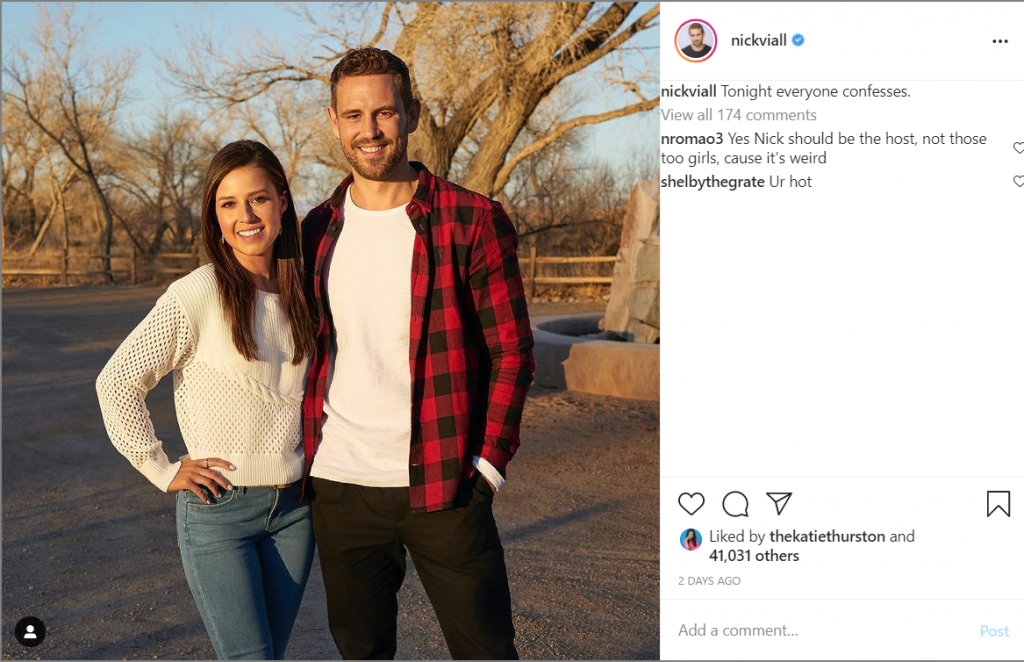 Nick said Blake arrived on set while he was there getting ready to do the group date with Katie. He said he isn’t sure but thinks Katie met him. He said they filmed it but that part didn’t make the episode. Nick also said producers wanted to give Katie’s sexual assault story oxygen and time to breathe before introducing Blake and shaking things up.

Nick also noted it will be interesting to see exactly how the guys handle Blake’s arrival. Remember, when Nick joined Kaitlyn’s season, Shawn Booth did not like Nick. He hated him. However, Nick notes the men he sees on Katie’s season aren’t like Shawn so he’s not sure how they will react.

It sounds like Nick is all for Blake taking a chance and seeing if things can work out with Katie. Are you excited to see Blake show up Monday night?

Duggar Family STUCK Under TLC’s Thumb, Trapped By ‘Counting On’ Contract
‘American Pickers’: Frank Fritz Did Rehab Before Getting Fired
Nick Viall Shares Dating Advice With Fans On Instagram
Rumors Swirl Around ‘Dancing With The Stars’ Season 30 Cast List
2 Other ‘RHOBH’ Stars Are Dealing With Their Own Legal Drama