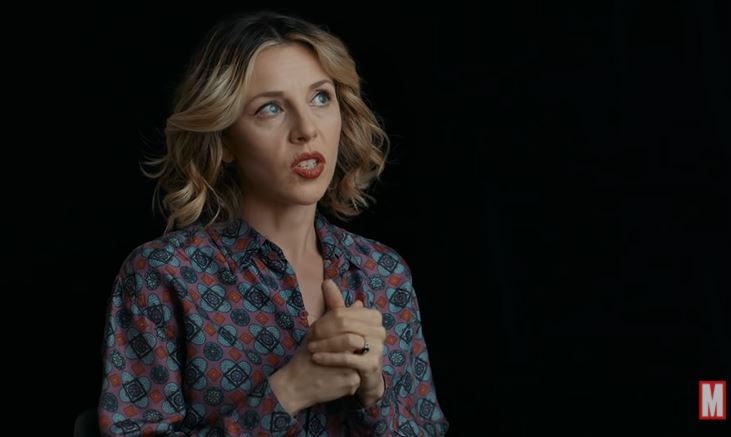 The first three episodes of the Original Series are now streaming on Disney+.

Today they released a featurette that introduced fans to her character.

In the video, Sophia Di Martino noted that she did her homework with Tom Hiddleston.

She said: “It was really helpful to listen to Tom talking about the mischief because she’s another version of Loki, but it was important to make sure she was unique because she’s Sylvie. She’s not Loki.”

In the coming episode, Loki comes face to face with Sylvie and wants to know more about her.

Di Martino notes: “The audience will be intrigued by Sylvie’s arc and the back story.”

Her featurette sets the groundwork for this character as the series will explore Loki’s powers in a way they have not yet been explored.

The new episode sets up the introduction of a big villain, not Sylvie, but some guess it is someone inside the Time Variance Authority (TVA).

Did the timekeepers create all the TVA members? What we do know is that there’s an actual villain “variant” afoot.

It has been a decade since we first met Hiddleston as Loki, the chaos maestro of Thor, Marvel’s God of Mischief, is now starring in the time-bending Disney+ show.

Loki debuted back in the film Thor with actor Chris Hemsworth playing the muscle-bound Nordic superhero.  Loki, of course, is his mischievous and envious brother.

Hiddleston takes Loki to new places now and has become a refreshing new favorite from the Marvel Cinematic Universe, the enigmatic Asgardian God of Mischief.

In a past interview with EW, Hiddleston said:

“Rather than ownership, it’s a sense of responsibility I feel to give my best every time and do the best I can because I feel so grateful to be a part of what Marvel Studios has created. I just want to make sure I’ve honored that responsibility with the best that I can give and the most care and thought and energy.”

Loki is a gender-bender shape-shifting agent of chaos ready for his closeup and out of the shadow of his more famous sibling. The six-episode Loki is fashioned and formed by head writer Michael Waldron.  The series has complexity and nuance rarely seen in most superhero efforts, thanks to the clever writing of Waldron and the ensemble that inhabits the Loki universe.

One theory on why Loki resonates so powerfully with viewers is because his actions and circumstances are familiar.  Many people can relate to his flaws, raw charisma, and desires.

In the EW interview, Hiddleston said:

“I’ve been playing this character for 11 years,” he says. “Which is the first time I have said that sentence, I realize, and it [blows] my mind. I don’t know what percentage that is exactly of my 40 years of being alive, but it’s substantial.”

British actor Sophia hails from Nottingham and has many television, film, theatre, and music credits to her name.

In the Channel 4 series Flowers, she plays Amy Flowers. Di Martino was cast as Amber in the third series of Sky series, Mount Pleasant, and as Emma in Friday Night Dinner.

Di Martino also appeared in the 2016 feature film, The Darkest Universe.  She was also cast on AMC’s series, Into the Badlands.

Check out the new Sylvie on Disney+’s exciting new series not to be missed!

Jedidiah Duggar & Katey Nakatsu Share Special Update & Cute Photos
Isabel Roloff Gets Real With Fans, Opens Up About Forgiveness
‘Thurston’ For Katie? Michael A. Posts, Deletes Flirty Comment On Her Sultry Photo
Meri Brown Gets Cryptic About ‘Being Broken,’ Is She Alright?
Isabel Roloff Glows In New Bumpdate & Gets Honest About Pregnancy