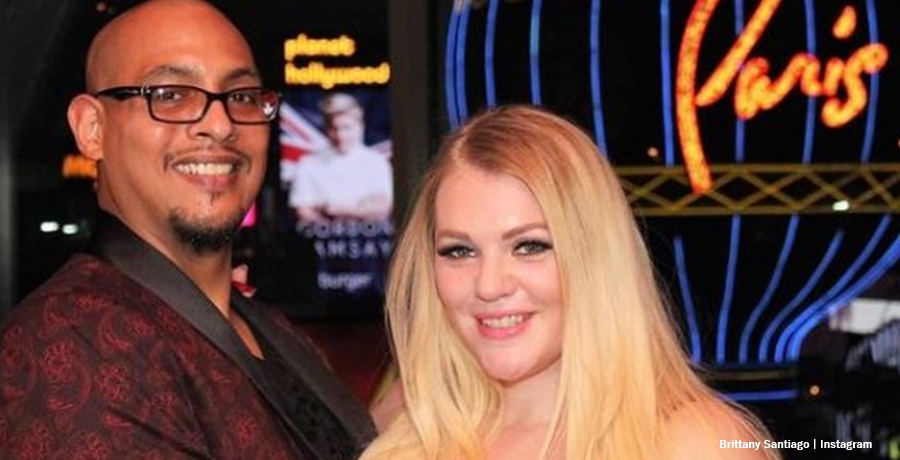 Love After Lockup stars Brittany and Marcelino certainly strike all the right notes for WEtv fans. Very popular, fans love the way she turned her life around. She and Marcelino welcomed baby Rebel, she wrote a book and trained as a real estate agent. Now that Marcelino celebrates his birthday, they held a party and then jetted off to Paradise. Fans are there for it as they think the couple totally deserves a good time.

Love After Lockup stars Brittany and Marcelino stay out of trouble

Life wasn’t always a success story for Brittany. Nevertheless, she made a massive effort since joining the WEtv show. Her book, One Woman’s Journey: Surviving the Streets came out last year. Actually, those fans who read it really seemed excited as they couldn’t stop reading it. We reported that some fans read it cover to cover and then went back to read it again. At the time, we noted that 88 percent of the reviews rated as 5-stars. Plus, fans seemed keen for more in a second volume.

Love After Lockup fans later heard that Brittany and Marcelino were over the moon about her real estate agent license. The news came via their YouTube, and she actually cried with joy. She told her fans that she called the real estate division and they let her know that they accepted her real estate licensing application. Well, WEtv fans agree that she works hard, so why not reap the rewards of that?

Jetting to Hawaii after a birthday party

Love After Lockup star Brittany had a hard time in life before she and Marcelino got together. Screenrant reminds fans that she left home at 12 and by 15, she fell pregnant. It followed the classic abusive home, fallen young woman story. With CPS removing the kids, at the young age of 18, she was arrested and spent five years in prison. However, four years after getting out of jail, she ended up arrested again for “conspiracy to commit robbery.” Perhaps, for a long time, she believed that life really dealt her some poor cards.

Things turned around through hard work and dedication. These days, Love After Lockup stars, Brittany and Marcelino live a nice life with the kids.  On his birthday this year, Brittany threw Marcelino an early surprise party. The kids enjoyed it as well, and little Rebel tucked into the chocolate cake.  in the last photo, she revealed that they were on the way to the airport ready for their vacation. Her caption read, “Early surprise party for my baby…. packs your bags @blazebird45 we’re going to Hawaii 🥳🥳🥳🥳 happy birthday husband 😘.” 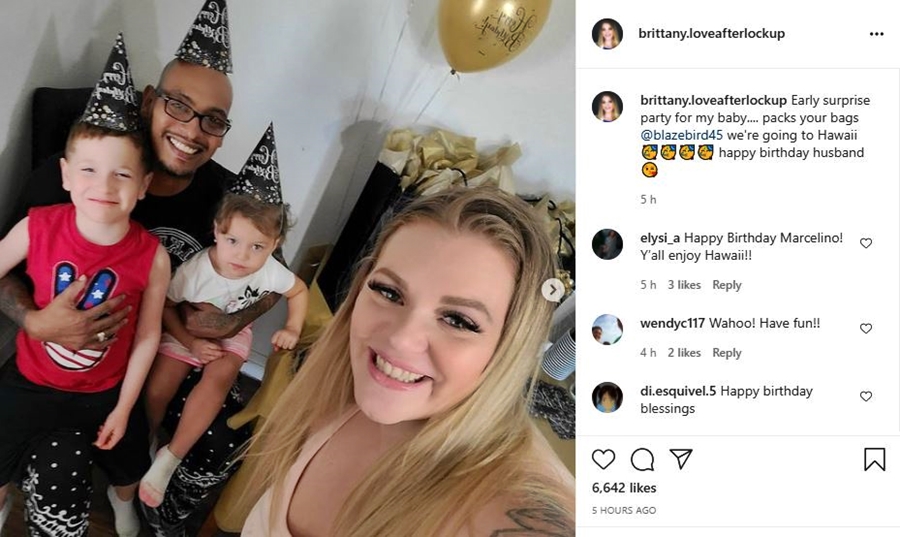 Remember to check back with us often for news and updates about Brittany and Marcelino from WEtv’s Love After Lockup.