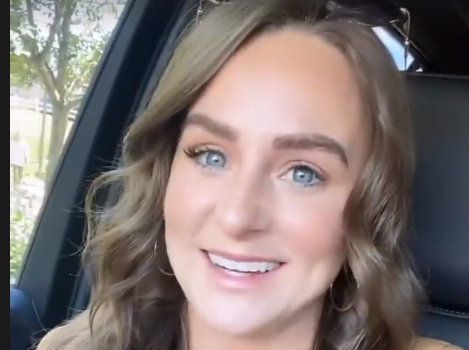 Former Teen Mom 2 cast member, Leah Messer is fighting internet trolling body shamers, yet again. Why? Well, the fans seem to feel the need to hypothesize about ‘where she got them curves.’ Did Leah have plastic surgery? Read on to get the details.

The Odd One Out

Out of all the wayward young women who have made the Teen Mom cast ranks over the years, Leah Messer is one of the more level-headed.  She is actually one of the few who hasn’t had any major cosmetic enhancement procedures done. While Leah really has never confirmed or denied cosmetic work, the consensus seems to be that if she had any at all – its was minor and extremely subtle.

Leah has always had a bit of a smaller frame, chest, and a more pointed nose. Her features have always been very distinct. Fans have gotten accustomed to her appearance over the years. Especially those who have followed her on social media. Now, Messer is sporting a curvier frame and her fans want answers.

Leah Messer recently took a trip out to Charleston, West Virginia to visit some of her close friends. While there, she took the time to snap some photos for the ‘Gram. The photo featured the former reality celeb striking a silly pose against a painted blue concrete wall. Judging by the shadows and reflected light, the photo was taken at night.

In the snap, Leah wore a pair of super high-waisted denim cut-offs. The super-long rise hints that these may be vintage. She paired the fashionably distressed shorts with a mocha brown short-sleeved crop top that lands a few inches above the navel.

While not super revealing, that outfit does hug her hips and chest in a way that outlines her physique. Many followers seemed to think that Leah appeared ‘curvier’ than she had in previous photos. For this reason, many are now convinced that the 29-year-old had breast enhancement. Dozens more were adamant that she had had a tummy tuck. The celeb’s followers and critics went back and forth in the comment section, trading theories about whether she had actually ‘had some work done.’

So, what’s the verdict? Many fans ‘stood up’ for Leah. They theorized that her ‘new curves’ are the result of a few ‘pandemic pounds.’ Maybe she indulged during quarantine?  Others claim that there’s no way she achieved her new figure without surgical enhancement.

This, however, is not the first time Leah has had to address accusations of body modification. For years fans have wondered whether she had a rhinoplasty done to ‘fix’ her notably angular nose.

So, what does Leah Messer say? As always, this former Teen Mom holds that she has never gone under the knife. In an Instagram story, released just yesterday Leah teases fans saying that she knew this was coming.

“How did I know you guys were gonna come at me with the plastic surgery rumors again?” She joked to the camera. Leah goes on in her video to say that while she never judges any woman ever for what they choose to do with their bodies, plastic surgery is not for her. The celeb reiterates her terror when it comes to all things surgery. She confirms for fans she has not and never will undergo cosmetic surgery.

Do you think Leah is hiding more than Botox? Let us know in the comments! Also, be sure to check the homepage daily for the latest on all your favorite reality tv celebs.