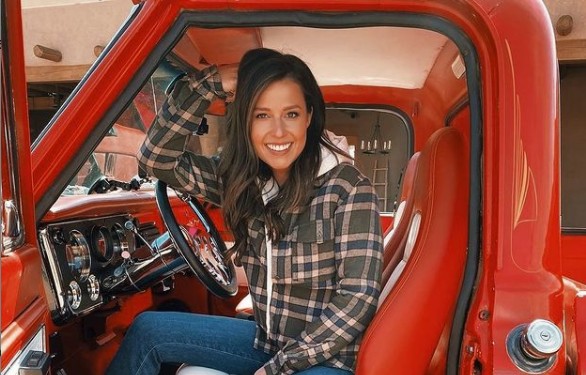 Reality Steve has done it again. Fans have been anxious to know which lucky man will end up winning Katie Thurston’s heart. The Bachelorette is serious about finding her match and according to Steve, she did. There have been numerous rumors floating around about her final rose winner. However, until today nobody was sure. The wait to know who Katie is engaged to is over! Warning! Huge spoilers ahead!

Who is Bachelor Katie Thurston engaged to?

Reality Steve went to his blog to share he finally got confirmation of who Katie Thurston is engaged to. He already shared yesterday the final three men are Greg Grippo, Justin Glaze and Blake Moynes. Which one of these three men won her heart and a put a ring on it?

According to Steve, Katie is engaged to Blake Moynes. Many may be shocked by this new information. After all, Blake won’t make his debut on her season until Monday night’s episode. There are many who think she chooses Greg. Plus, after this week’s episode many saw her forming a strong connection with Michael A. However, for whatever reason things don’t work out with these guys.

Katie has said she’s happy with where she’s at and how the ending played out. She also said everything happens for a reason.

Steve said he can’t reveal how he knows for sure but he received confirmation yesterday that Katie is indeed with Blake. These two are reportedly engaged and happy. 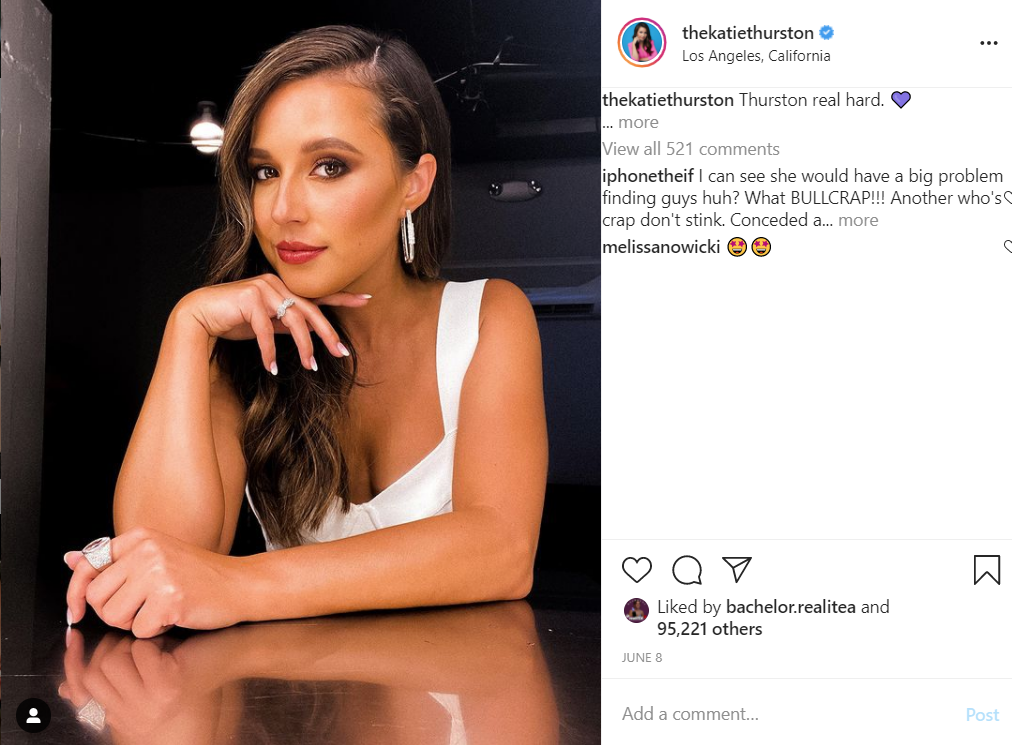 His time on the show

Previews have shown Blake serenades Katie Say Anything style with a boombox over his head outside her window. Simple adorable move by Blake. It has been reported they did communicate some before she left for filming. However, it wasn’t serious and they weren’t dating. Blake must have felt something because as it’s known now, he crashes the party.

Blake first appeared on Tayshia Adams and Clare Crawley’s season of The Bachelorette. Obviously, he didn’t win. But, as Katie said, everything happens for a reason.

Plus, Blake is an animal lover and has even posted photos with his cat. The caption was even #catdaddy. Definitely a way into Katie’s heart!

So, if Steve is right, Katie is happily engaged to Blake.

What do you think of this news? Are you happy she chose Blake? Do you think it will all work out?

Stay tuned for more updates and spoilers on Katie and Blake.