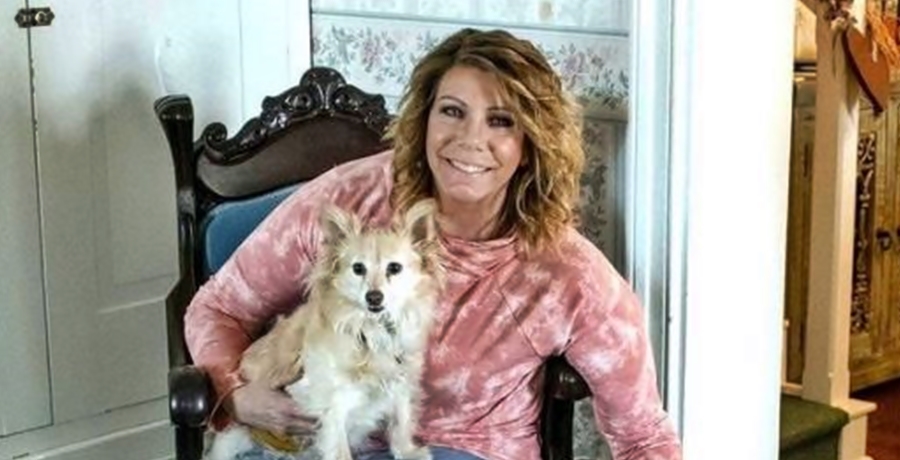 Meri Brown and Kody discussed the possibility of their daughter Mariah marrying her fiance Audrey Kriss. Well, it looks like they came a long way towards accepting their daughter, even though Meri says she can’t always get her head around things as she’s “not queer.” Taking to her Instagram on June 22, the Sister Wives star talked about love and acceptance regardless of gender preferences.

Fans know that Mariah was quite critical of her mom following the catfishing incident. You probably recall that TLC kept dragging up the same story for a while about her dating Samuel Jacob Cooper, who actually turned out to be a woman named Jackie Overton. So, for a long time, TLC fans wondered if Mariah would ever make things up with her mom. Well, when Mariah came out in 2017, you’d think the end of the world had arrived for the Sister Wives mom. However, moving on from that, they seem in a very good place these days.

Meri Brown often talks about her daughter these days. In fact, in a post back in September last year, she said, “This kid of mine. Perfect and amazing and beautiful in every way. Her heart is huge…Her love is real.” Additionally, she talked about how she feels ” honored and proud and blessed and lucky to be her mom!!” Then, in the last season of the show, Kody and his wife both talked about acceptance and love. That came when Mariah felt she didn’t want people there who don’t agree with their lifestyle. They explained that they understand what it is for them to not be accepted as polygamists, either.

Meri Brown and Kody seem completely on board with their daughter these days. At least, they love her no matter what. Plus they seem very fond of Audrey as well. Nevertheless, Meri admits she still doesn’t understand everything. In a  long post this week, she talked about the “pain, conflict, or struggle the LGBTQ community may feel.” She admitted that there’s a lot she never experienced, adding, “There’s SO much I don’t know or understand.” Well as she pointed out, she’s “not queer” and doesn’t even know all the correct “terminology.”

The Sister Wives star went on and talked about what she does know. Meri Brown added, “You are safe with me. I know there are so many who struggle to feel seen and loved. I see you, and I send you my love.” Next, she talked about how everyone deserves to feel “comfortable.” Reaching out to the LGBTQ community she ended by saying, “I often feel at a loss to know what I could ever possibly do to contribute to peace and healing and acceptance. So I will just love. I will support. I will have your back. Always.”

A lot of fans liked her openness and honesty. One of them wrote, “It really gives me hope to see more people of Christian/Mormon/Catholic etc faiths, not just accepting us, but actually SUPPORTING queer people.”

Remember to check back with us often for more news about Sister Wives star Meri Brown.