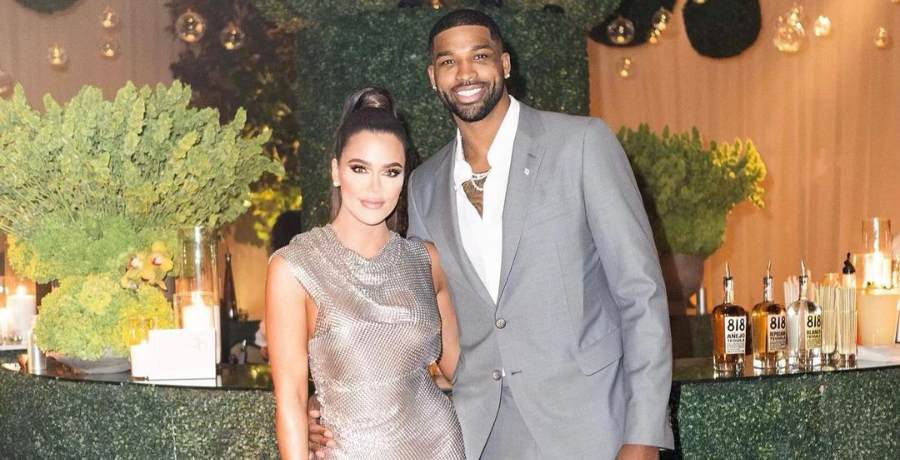 Khloe Kardashian is the queen of the cryptic post. Fans know when the Keeping Up with the Kardashians star isn’t feeling well these days. She’s back to posting cryptic messages amid her split from Tristan Thompson. The couple broke up for a second time because the NBA player can’t stay faithful.

Fans were already concerned about Khloe’s wellbeing. Early last month, they cracked jokes that Khloe isn’t doing okay because of Tristan’s ongoing cheating. Apparently, the Boston Celtics player is having a hard time sticking to just one woman. The couple rekindled their relationship when they quarantined during the coronavirus pandemic.

Here’s a fun tidbit. Khloe Kardashian posted this interesting message via her Instagram Stories. On Tuesday, June 22, she took to her social media to let it speak for itself. Khloe is back to posting cryptic messages just one day after the news of her split from Tristan. While the couple split weeks ago, the news didn’t come until recently.

“I whisper WTF to myself at least 20 times a day,” Khloe’s Instagram Stories read.

The message was spelled out on a pink letterboard. The 36-year-old reality star didn’t include a caption with the quote. She simply allowed fans to guess what she is talking about. On Monday, June 21, news broke that the Good American founder and the basketball player ended their relationship nearly one year after their reconciliation.

“They broke up a few weeks ago,” an insider told Us Weekly. “They remain amicable toward each other and will continue to coparent.”

The insider claims “there was no drama” between the two. Nor did the source reveal what was the cause behind their split. Khloe’s recent social media activity had fans wonder if something happened between the couple. The Revenge Body star has also used social media to clap back at haters a lot lately.

On Sunday, June 20, Khloe Kardashian reacted to a tweet YouTube personality Tanga Mongeau wrote. She wanted to know why the athlete was spotted with other women at her birthday party.

“All I know to tweet about my birthday party last night is that Tristan Thompson was one of the first attendees,” she wrote. “Like babe where’s True.”

One KUWTK fan clapped back at the internet celebrity. Khloe simply “liked” the explicit message. “Shut the f*** up,” the fan wrote. “This screams attention-seeking at it’s [sic] finest bc you know damn well that man gon make headlines over anything pertaining to women.”

Although their relationship is over, Khloe is still supportive of her former boyfriend. The two started dating in August 2020. Their relationship was faced with trust issues when Tristan was caught cheating on then-pregnant Khloe with several women. While they didn’t break up at the time, they split 10 months later when Tristan kissed Jordyn Woods — Kylie Jenner’s former BFF.

What are your thoughts on Khloe Kardashian’s latest Instagram post? Sound off below in the comments section.