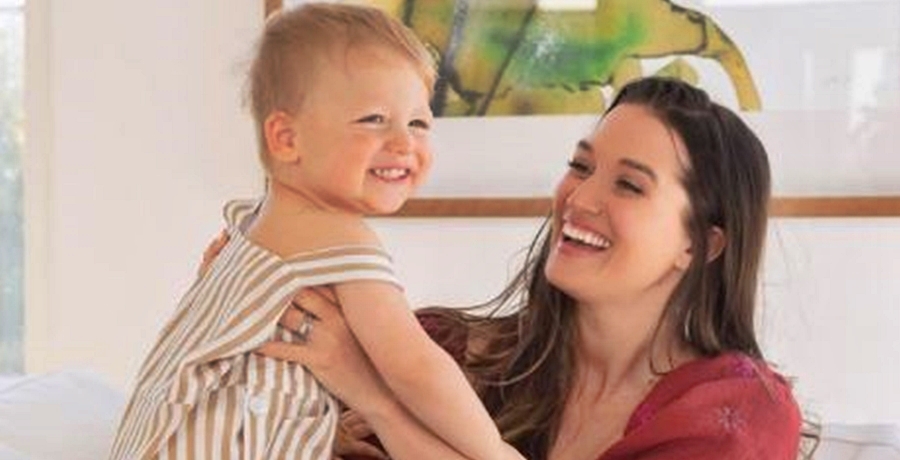 Jade Roper and Tanner Tolbert from ABC’s Bachelor in Paradise now have three adorable kids. Actually, for many fans, Jade sets mom goals. Additionally, fans like that she’s often very candid about motherhood. However, she unfortunately also gets a lot of trolls. Actually, some of the mom-shamers sound as if they never yet had their own kids, as some comments sound way too cruel. Obviously, it’s hard for a mom putting up with that sort of thing. However, she steps up and slaps back when it all becomes too much for her.

Jade Roper from Bachelor in Paradise gets so much ugly trolling

Fans who follow Tanner and his wife on Instagram see young parents who try their best for the three children. Emmy, big sister to Brooks and Reed, is a very pretty little girl. Meanwhile, Brooks is just too cute, and the littlest addition, Reed Harrison, is simply adorable, fans agree. Often, fans see Jade get very candid about parenting, as she shows the raw and real side to raising children. Often, Jade admits that she stresses as she tries so hard to be a perfect mom. However, that doesn’t stop trolls from bullying her or the kids.

It’s not clear why Jade Roper gets so much hate from her followers. Actually, when it comes to Emmy, some terrible things were said. We reported that  in the past, people suggested Emmy’s “autistic” and even “stupid.” One disgusting comment said, Emmy’s  “a f–king idiot.” No matter what Jade shares, somewhere, troll slips in an unkind comment or about the way she raises them. It’s hurtful for her and really annoying for loyal fans who think trolls must suffer some sort of mental health issue.

Once, she even got slammed for revealing a tiny bit of boob as she fed her son Brooks. A fan said, “Stop!!!! We don’t want to see that. At least put up a warning.” So, once again, Jade ended up slapping back.

US Weekly cited some other examples where Jade Roper had to slap back. They reported that in May this year a troll accused her of giving more attention to Emmy and Reed than Brooks. So, she slapped back saying, “People love to project onto Brooks [He’s] loved and adored. He’s a secure and happy kid and trust me, he lets us know when he wants more attention if he needs it.” Actually, any parent with more than one kid knows that it’s important that each child feels secure and loved.

Jade Roper also fended off trolls this month when one of them complained that Emmy played with makeup. She replied, “Maybe we all should just become robots with zero emotions and zero interest[s] or curiosities and have zero fun.”

Another fan called her out for allegedly using a filter on Emmy’s face.

What are your thoughts on all the trolling that Tanner’s wife gets? Do you think that some of the comments make the trolls sound as if they never had their own children? Sound off in the comments below.

Remember to check back with us often for more news about Jade Roper from ABC’s Bachelor in Paradise.