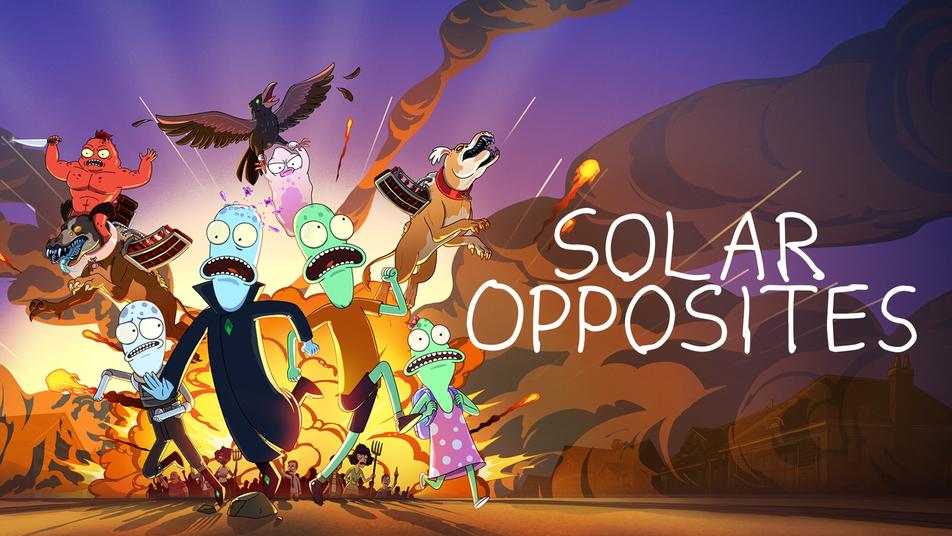 Hulu presently houses Season 1 and 2 of Solar Opposites. Being relatively short in episode count, the series is pretty easy to binge. So, those who enjoy the series are wondering if Season 3 is happening. Moreover, will Season 3 land on Hulu? Fortunately, Solar Opposites is a Hulu Original. So, if there are any additional seasons of the series… They would definitely be on Hulu. The question is: has Hulu renewed or canceled Solar Opposites? Keep reading. We’ll share what we know.

Hulu has BIG NEWS for fans of Solar Opposites: Renewed or canceled?

Fortunately, fans can rest easy knowing Hulu has renewed Solar Opposites for Season 3. That, however, isn’t the BIG News Hulu dropped on fans of the series recently. Turns out, the series is so wildly popular on the streaming platform they’ve also ordered a fourth season. When is Season 3 expected to release on Hulu? And, what do we know about Season 4?

According to TV Series Finale, Season 3 of Solar Opposites is expected to drop sometime next year on Hulu. Unfortunately, it does not have a concrete release date just yet. We do know Justin Roiland, Thomas Middleditch, Sean Giambrone, and Mary Mack are slated to return for both Season 3 and Season 4. We also know Season 4 will be 12 episodes long.

“The series debuted in 2020 and became the streaming platform’s most-watched Hulu Original comedy premiere of the year and was Certified Fresh by Rotten Tomatoes. Season 3 is slated to premiere in 2022.” The official statement reads. 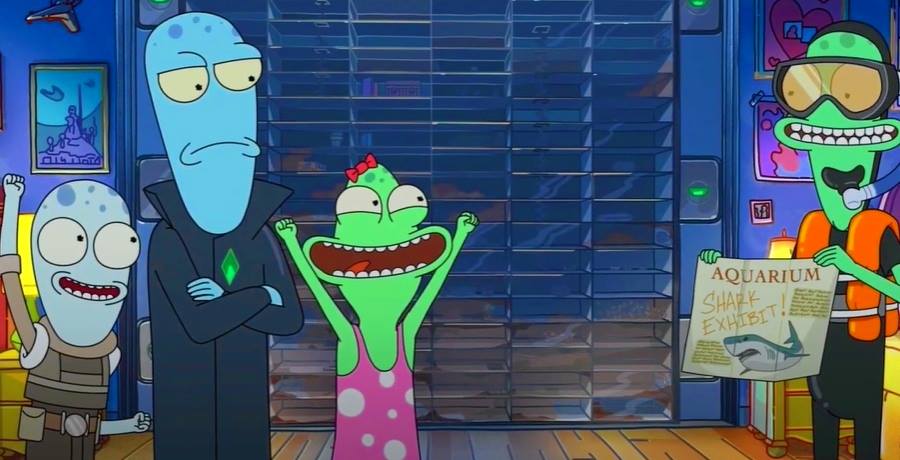 Truthfully, this Hulu Original Series is one you have to watch from the beginning or you’ll be lost. Partially because the series is very nearly two different shows wrapped in one. First, you have the aliens. Next, you have the tiny people the alien child shrunk and shoved in a wall, like ants in an ant farm.

The official synopsis for the series reads: “Solar Opposites centers around a team of four aliens who escape their exploding home world only to crash land into a move-in ready home in suburban America. They are evenly split on whether Earth is awful or awesome. Korvo (Justin Roiland) and Yumyulack (Sean Giambrone) only see the pollution, crass consumerism, and human frailty while Terry (Thomas Middleditch) and Jesse (Mary Mack) love humans and all their TV, junk food and fun stuff. Their mission: protect the Pupa, a living super computer that will one day evolve into its true form, consume them and terraform the Earth.” 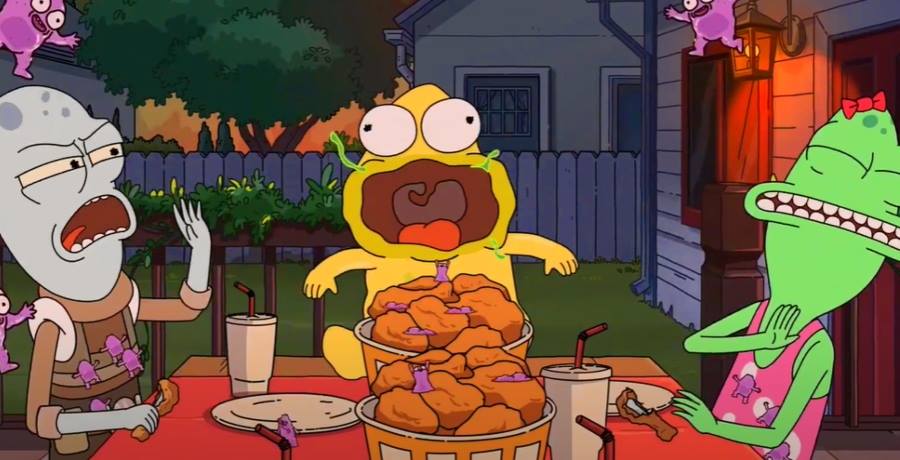 For fans of Futurama, Family Guy, and American Dad, this series offers a similar experience. Are you surprised Hulu has renewed this series for two additional seasons? Will you be checking them out when they drop? Share your thoughts with us in the comments.