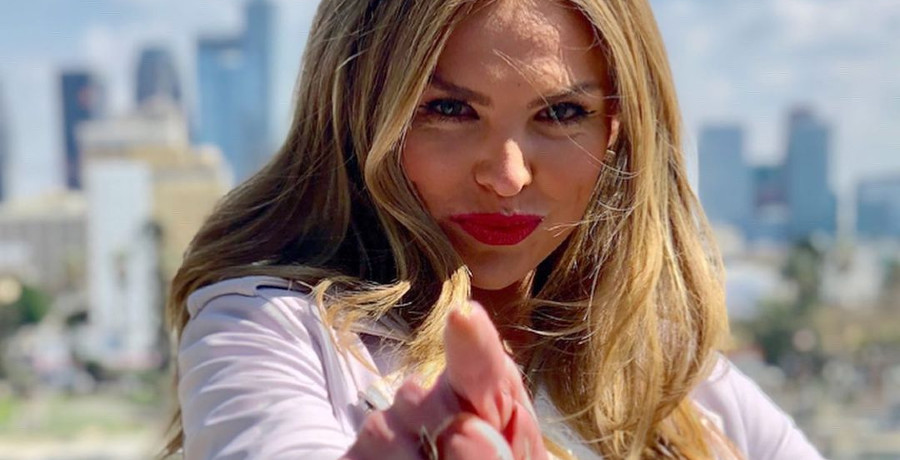 Not everything comes up roses for Hannah Brown all the time. The former Bachelorette has been open about her mental health struggles. Hannah Brown recently took to Instagram to share about her “thrash therapy.” And yes, the former beauty queen still has a smile on her face while wreaking havoc on an innocent pinata.

Her dating life has been a matter of public opinion since her first stint on The Bachelor in 2018. She didn’t find love with Colton Underwood, but she did find a steady gig on ABC. She was chosen as The Bachelorette in 2019. That same year she competed on, and won, Dancing With The Stars.

Most recently, she was the celebrity guest on ABC’s The Celebrity Dating Game reboot. Spoiler alert: She didn’t find love on the dating show, but she did in real life. She’s been dating model Adam Woolard since earlier this year.

Amid a recent bout with depression, she gave her man a shout-out on her Instagram. She captioned a collection of photos of the happy couple as an “Adam appreciation post.”

Hannah Brown has been an open book about her anxiety and depression. One of the ways she copes is by journaling her feelings. May was Mental Health Awareness Month and Hannah Brown shared her experience with journaling.

According to Hannah, she finally filled a whole journal from when she began therapy last summer. In the long post, she revealed that writing things in the journal helps her process her feelings.

She’s found another way to process and it also involves paper, in a way.

One of the biggest fads sweeping the country is smash rooms. People pay admission into a room, given safety goggles and go to town with a hammer. The smash therapy is meant to release stress and anxiety.

Well, Hannah Brown found another version of smash therapy, but with a candy reward. She posted a video on her Instagram of her demolishing a pinata full of candy. “Thrash Therapy,” she wrote on the video.

The camera then pans to a floor littered with different types of candy and a broken pinata.

Have you ever tried smash or thrash therapy to help deal with anxiety or depression? Share your experiences in the comments below.

Katie Thurston’s season of The Bachelorette airs Mondays on ABC.

Will There Be ‘When Calls The Heart’ 2021 Christmas Movie?
2 Other ‘RHOBH’ Stars Are Dealing With Their Own Legal Drama
Is ‘Below Deck Med’ Courtney Veale Afraid Of Hannah Ferrier?!
Jana Duggar & Stephen Wissmann’s Wedding Details Leaked
First Auction of ‘Mythbusters’ Memorabilia To Benefit Grant Imahara STEAM Foundation