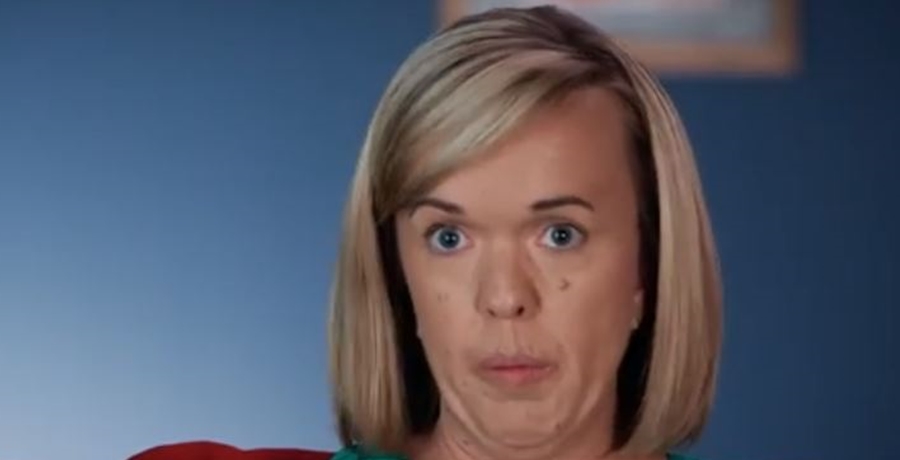 7 Little Johnstons fans know that the current season on TLC brings a lot of negativity from Amber. She clashed with Anna, and her sister Liz actually hates all the tension. Previously, Amber and Trent clashed with Anna many times. Actually, in more recent seasons, it seems that Amber can never find anything positive to say to the kids, except for maybe Liz. When Jonah came home and started telling his parents about his new job, her lip curled up and she instantly went into negative gear. Fed up, one fan called her out for it.

The last season of the TLC show revealed that Jonah was told to get a life, get a job and start looking for his own place to live. Well, fans saw that Jonah turned 21 years old, so many of them agreed that he needed to learn more responsibility. The family posted up nice throwback photos and everyone liked the fun post. Many of them wished him a happy birthday and success in finding a good job and a nice place to stay. However, his mom and dad are really tough on the kids. When Trent spoke to Alec Lace on First Class Fatherhood, he told him it’s not only his values he holds them to but Amber’s as well.

7 Little Johnstons fans in 2021 understand the need for the little people to cope in a big world. It takes courage and a lot of determination. Trent might be hard on the kids, but he will give them their due for trying. Meanwhile, Amber seems determined to be a Debbie Downer on everything. Well, that’s the impression that a lot of fans get when they watch the show. Critics suggest the kids want out because their parents are way too controlling and make life very unpleasant. However, with Anna, they throw it all at Amber who seems to always look for the bad side of everything about her adopted daughter.

TLC popped up a teaser about the 7 Little Johnstons show and Jonah explained that he wanted to chat with Amber and Trent as he went for a job interview. Two hours later, he got the job. Trent sounded pleased and happy that the company’s quite big and the management likes his son for the job despite his short stature. The full-time job offered was that of a sales consultant. Well, Amber instantly started grumbling. She said it wasn’t what she had in mind for her son. Plus, she hated the idea of him only earning a commission.

One 7 Little Johnstons critic commented, “She needs to be more supporting of his new job. Yes it may not be exactly what she had in mind since it is based on commission. But this will be a good learning experience for him and her. It could go both ways. I hope it goes well for him, she needs to have a little more faith in him!!”  Then in reply, another fan asked. “Does she have any faith in her kids other than Elizabeth?”

Many similar comments followed but one fed-up fan exclaimed, “Miss NEGATIVE NANCY.🙄 Can you ever be happy for your kids??”

What are your thoughts on Amber always being so negative about the kids? Do you think she’s like that all the time? Or, is it just for added drama on the TLC show? Sound off in the comments below.

Remember to check back with us often for more news, spoilers, and opinions about TLC’s 7 Little Johnstons.