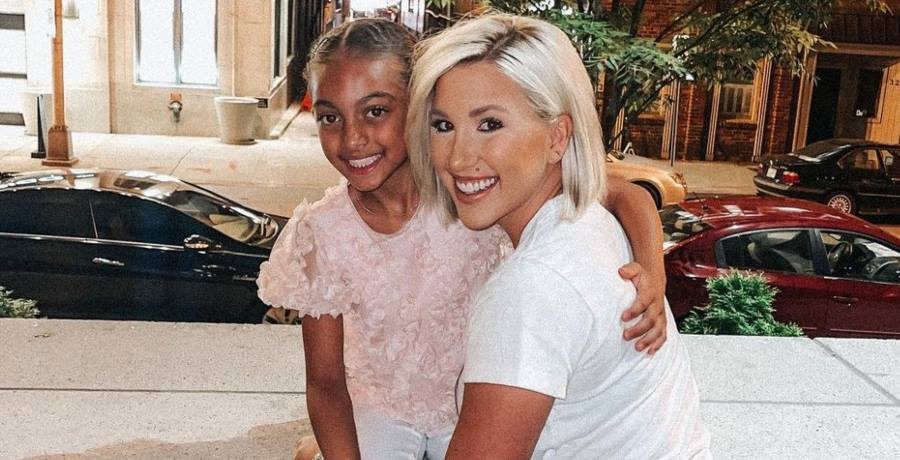 As we’ve previously reported, Chrisley Knows Best fans have a lot of opinions when it comes to Chloe. For starters, they think she should have gone back to her father Kyle when he got his life together. This is especially true when fans learned he got married to a woman that has children of her own. Furthermore, Kyle and his wife revealed they want to have children together.

Beyond that, fans seem to take issue with the way Todd and Julie Chrisley raise their granddaughter. Namely, they don’t like that Chloe refers to Todd as her father and Julie as her mother. Many fans believe they are setting Chloe up to be extremely confused about family dynamics when she is older.

Not everyone is out to get the Chrisley family, however. Many come to their defense noting Julie and Todd are the only parents Chloe has ever known. They’ve taken care of her since she was really small after it was decided Kyle wasn’t fit to handle her.

Todd and his family have also made it clear they don’t force Chloe to refer to them one way or another. Chloe has the freedom to call Todd her father or her grandfather. Turns out, Chloe sees Todd as her father. So, that’s how she refers to him. This doesn’t mean she doesn’t have a relationship with Kyle. But, she sees Todd as a father.

It makes sense that Chloe sees Savannah as her sister and Grayson and Chase as her brothers. After all, she grew up under the same roof as them. Unfortunately, that doesn’t stop Chrisley fans from having a massive issue with the skewed family dynamics.

“Sister? Isn’t that your niece? ❤️” One follower penned in her recent Instagram post. The comment received more than two dozen likes as many other fans felt the same way. In response to the comment, Chrisley fans on both sides of the argument debated if Savannah should refer to Chloe as her sister.

Fortunately, Savannah Chrisley seemed to overlook the trolls on her Instagram post this time. Are you surprised so many Chrisley fans are bothered by Savannah calling Chloe her sister? Share your thoughts with us in the comments down below.