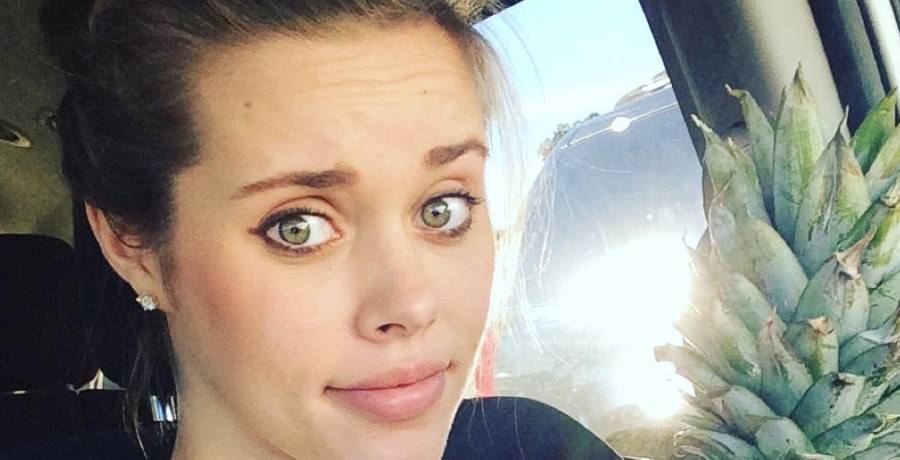 Counting On star Jessa Duggar Seewald wants fans to see the real her! This reality star is attempting to keep it real on social media and make sure her life as a mom of three doesn’t look too perfect. She recently shared a new snap on social media, giving fans a peek into her life.

On social media, users are sometimes called out for being “fake” or making their photos look staged. Most of the time, Jessa doesn’t seem to be afraid to show her followers what her life really looks like. With three little ones and another baby on the way, fans don’t expect her home to be perfect.

On Father’s Day, Jessa shared a photo of her husband Ben playing a game of Guess Who on the couch with their five-year-old son, Spurgeon. In the caption, she writes, “The littles are napping and @ben_seewald and Spurgeon are keeping me entertained with an intense championship game of Guess Who. 😁🤍”  Though the photo is of Ben and Spurgeon, fans are noticing the other details in the picture.

Fans love that there’s a bike in the living room and that the space isn’t perfectly clean. One writes, “Can I just say, THANK YOU for having a bike in the middle of the family room and making us all feel like we’re right at home 💗” Another fan adds, “Theres a bike in you’re livingroom 😂 #welivehere.” One of Jessa’s followers can totally relate and writes, “I’ve had tricycles in the living room, but never an actual bike! 🤣🤣🥰”

Someone else in the comments section points out that the canvas photo prints on the wall aren’t quite even. Jessa doesn’t seem to mind, though. The fan writes, “Okay super cute pictures but my OCD is really bugging me because it’s not perfectly straight.” Another adds that they aren’t centered above the couch. The Counting On star replied with an explanation, “They never are straight! The kids are always “adjusting” them to their liking. I’m thinking about double sided tape to keep them from moving around so much. 😂”

So, what do you think of Jessa Seewald’s honest look into her life with three kids? Do you like seeing the real-life photos she shares? Let us know in the comments below.