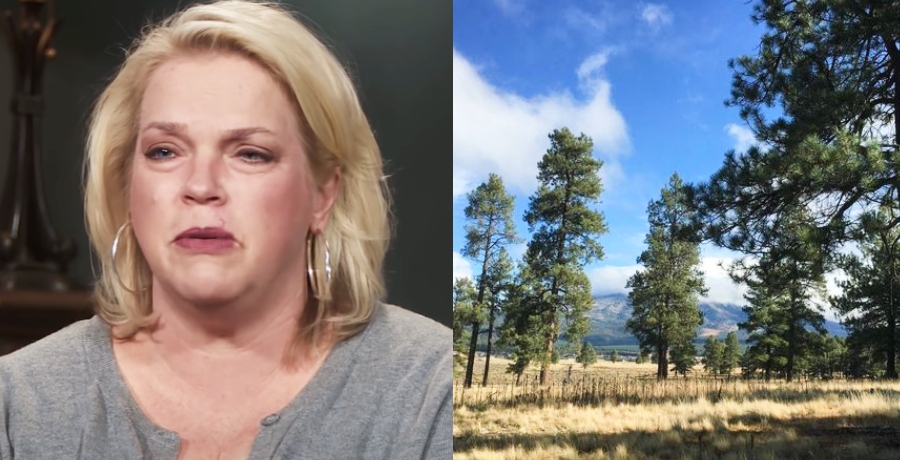 Sister Wives Janelle Brown is in a panic as a wildfire heads for their homes. While Sister Wives fans are used to drama from the family, certainly a natural disaster isn’t something that they would expect. Keep reading to find out more about Janelle Brown the wildfire that is heading for her home.

Reports that on June 18th, the Rafael Fire was discovered. Scarily, this isn’t the only active wildfire in the area. Officials are also monitoring the Snake Fire and the Backbone Fire. By Sunday, the rapidly spreading fire burns through 400 acres. Local Arizona News reports that it reaches over 20,000 acres.

Now, there are reports that as of Monday, June 21, the fire is only 16 miles away from Flagstaff, Arizona. So what is the Sister Wives family doing? According to the Coconino County Sheriff’s Office, residents in the southwest part of Flagstaff should make evacuation plans.

When it comes to the Browns, their homes and land at Coyote Pass aren’t part of the evacuation zones. The U.S. Sun does not that the fires are closest to Janelle Brown. Interestingly enough, it seems that she is still staying at her rental home that has a pending offer on it.

With all the uncertainty around the wildfire, Janelle takes to her Instagram Story to update her fans. She takes a photo of the sunset from what appears to be a parking lot and writes the following. “Smoke filled sky and some ash falling on Flagstaff today. Praying for lots of rain to come soon!”

Notably, a check of Meri and Christine Brown’s Instagrams appears that everything is normal where they are. There are no recent posts that indicate imminent peril from a wildfire, nor do they mention such in the Instagram Story. As to be expected, the fourth wife, Robyn Brown hasn’t updated her Instagram.

However, should the need to evacuate arise, Kody Brown has already been through it with Meri. The U.S. Sun notes that “Despite her marital issues with Kody, Meri praised her husband for helping.” In an episode of Sister Wives Meri says, “Kody is here and he’s super actively engaged in helping pack up this stuff. I really appreciate that.”

Did you know wildfires are going on in Arizona? Do you think the Sister Wives family will have to evacuate? Let us know your thoughts in the comment section below. Make sure to come back to TV Shows Ace for more Sister Wives news.