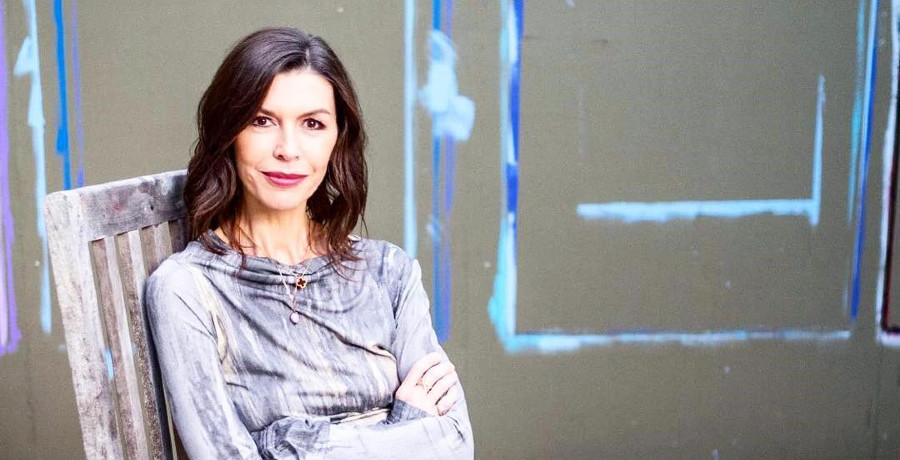 Finola Hughes plays a tough former WSB agent on General Hospital, and she’s currently right in the thick of things with the Peter drama and its many layers of fallout. In her personal life, Hughes just shared some heartbreaking news via her Instagram page.

A Devastating Loss For The ‘General Hospital’ Star

Hughes’ post revealed that she had needed to say goodbye to a treasured furry family member. “We had to let you go this morning,” her post began. Along with the heartbreaking note, Hughes included a photo of a gorgeous dog who appeared to be a chocolate Labrador.

“God you were a great doggy. Thank you for being such a love for my children. You followed us everywhere,” the General Hospital star continued. The adorable dog, Ziggy, even had her own Instagram page. Hughes started sharing social media updates about Ziggy in August 2018. She wasn’t the family’s only dog, but they clearly treasured and deeply loved her throughout the years they had her.

Lots Of Love From Fans And Colleagues

The post on Hughes’ main Instagram page received a lot of love from both General Hospital fans and co-stars. Laura Wright (Carly Corinthos) added a string of praying emoji, while Marc Anthony Samuel (Felix DuBois) wrote, “so sorry Fin. Glad you got to love each other,” along with a heart emoji. Rebecca Budig (Hayden Barnes), wrote “Oh no!!! Ziggy!!” and added a couple of crying emoji.

A Dog Treasured By The Entire Family

Ziggy’s Instagram page shared a series of adorable photos to honor her passing too. It appeared one of the General Hospital star’s kids wrote the caption for that post, although it wasn’t clear which one. The soap opera veteran has three kids: Sadie, Dylan, and Cash, and she married her husband Russell Young in 1992.

“Rest in Peace to my best friend. Ziggy had to be let go. Ziggy blessed my life in so many ways. She is and will always be my favorite. Every time I got home from school and was sad she would be there. So many good times we had and truly my best friend. Gone but never forgotten. I love you Ziggy,” the caption read.

Hughes posted a comment to that Instagram post, noting that Ziggy had always followed at this child’s heels and “She loved you as much as you loved her.” The General Hospital star added Ziggy had been a sweet and lovely girl. Losing a beloved pet is always tough for families and Ziggy’s passing is clearly a devastating one for this crew.