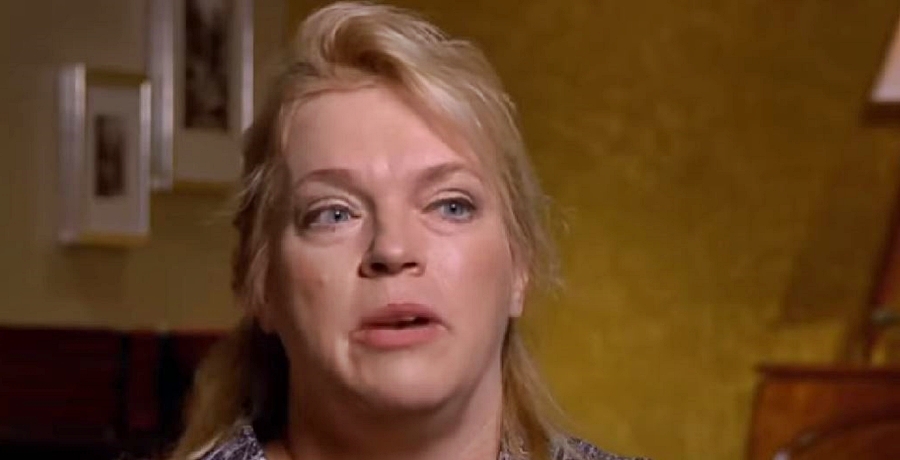 Sister Wives star Janelle Brown lost her father very early on in her life. At the age of three, he passed away, but that doesn’t mean she has no memories of him. Unfortunately, her mom also passed away recently. So, she told her fans about a month ago that she still sorts out her mom’s house. Now she found a photo of her dad, perhaps it was amongst her mom’s effects. Anyway, she actually possesses very few pictures of him, so she shared the photo with TLC fans on Father’s Day.

TLC fans sometimes become confused about Janelle Brown and her relationship with Kody. That’s because, at one stage, her mom married Kody’s dad. Technically, that made them half-siblings. Well, if you don’t know, her dad passed away young, and later, Winn Brown married her mom, Sheryl Usher. Anyway, Kody’s second wife seemed very grateful that his dad gave them a decent life. She talked about it in her post on Instagram on Sunday.

Janelle Brown Of ‘Sister Wives’ Opens Up About Mother’s Death

Sister Wives fans heard that Sheryl passed away at the end of last year. Meanwhile, Winn died in 2013. So, now that she lost all her parents, it’s nice that she still treasures some photos of them. It seems like the genes on her Dad’s side still reverberate through the family, and most of her boys bear a strong resemblance with her side of the family. Perhaps, in her distant memory, she recalls her dad when she looks at her own kids.

The photo that Sister Wives star Janelle Brown shared revealed her toddling around and he looked like a happy dad.  It’s possible that she recalls this sort of outing, even if blurry and indistinct, even though most people only retain memories after about the age of six or seven. Unfortunately, it’s rare that people recall events in their very young lives. So, even if she can’t really recall, the photos at least become something to treasure.

The Sister Wives star captioned her photo with “My father passed away from illness when I was 3 so I have very few photos of him.” Then she mentioned, “this is one that has recently come my way.” Plus, she mentioned Winn Brown and gave him a shout-out as well. She explained that when she was  “a few years older, a man who was willing to shoulder the responsibility of my mom, my sister and I, stepped up and my mom remarried.”

Next, she thought of all the “different kinds of dads” in the world. So, she wished all of them a special Father’s Day.

Did you know that Janelle Brown lost her dad when she so very young? Sound off your thoughts in the comments below.

Remember to check back with us often for more news about Janelle Brown from Sister Wives on TLC.