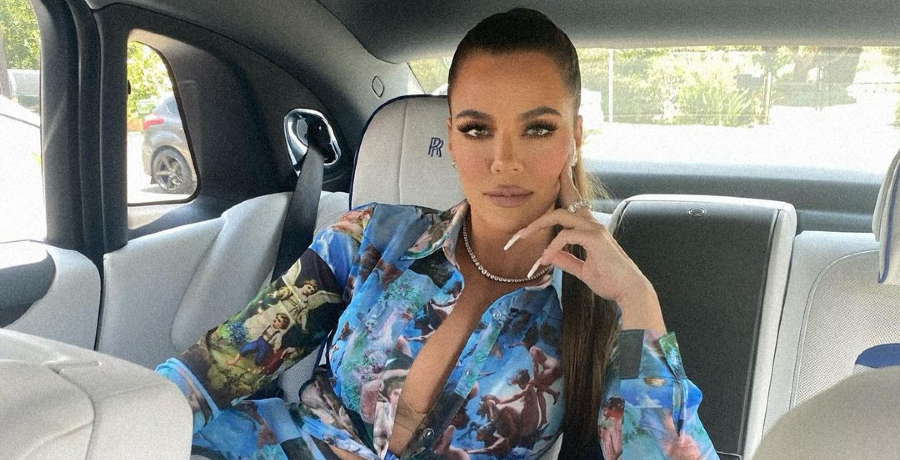 Khloe Kardashian and Tristan Thompson ended their relationship once again. This comes just one year after their reconciliation. The couple quarantined together for most of the COVID-19 pandemic. At the time, Khloe really enjoyed having Tristan under the same roof.

Their successful co-parenting relationship turned romantic. Khloe even considered having another child with Tristan again. However, their relationship took a turn when Tristan got signed onto the Boston Celtics. This required him not only to be away from home but also on the other side of the country.

Tristan also cheated on Khloe once again. She already took him back before despite his constant cheating.

Khloe Kardashian made it clear that she took her man back. Even though he’s cheated on her numerous time, she couldn’t help but think that Tristan is True’s father. During the final season of Keeping Up with the Kardashians, Khloe claimed they were not together.

TV Shows Ace just reported that Khloe and Tristan got back together. She admits that their relationship was a “natural progression.” While Khloe doesn’t advise others to follow in her footsteps, she feels it just “naturally happened” between them. Khloe also made it clear that she wants another baby with Tristan.

This could be the reason why the Good American founder took him back. She couldn’t see herself having a baby with anyone else. So, she turned to the father of her child instead. The couple considered alternatives to having children, but they wanted to make it happen the natural way.

Khloe is lucky that she didn’t get pregnant. Because she was faced with recent heartbreak. Tristan is involved in another cheating scandal at another party. Fans recall when family friend Jordyn Woods kissed Tristan at a house party. She was immediately removed from the Kardashian-Jenner clan.

Khloe Kardashian and Tristan Thompson ended their relationship already. Friends of the former couple confirmed the news to TMZ on Monday, May 21. Despite Khloe’s kind words about Tristan, they already ended their relationship weeks ago after reports surfaced that he cheated on her last month. A woman named Sydney Chase claimed in April 2021 that she had an affair with the NBA star in the fall.

Just because Khloe dumped Tristan again doesn’t mean they’re feuding. An insider told Page Six that they’re good friends. “They’re getting along. There is no drama,” the source said, adding that “everything is amicable, and they are on the same page with co-parenting.”

The news of their split comes after Tristan showed up to a private party in Bel Air with three women on Friday. Within a half-hour later, he looked “disheveled.” An insider told Daily Mail that Tristan was in one of the “party rooms” with the women “where everyone goes to hook up.” The athlete freely did this in front of a crowd of 30 people who talked a lot that night.

This sighting comes just one day after he dined with Khloe and True. Tristan had such a great time at the party that he brought one of the ladies into the private room. Shortly after Daily Mail published the report, the basketball player tweeted six cap emojis, which is slang for “lying.” This isn’t the first story about Tristan loving the single life.

What are your thoughts on Khloe Kardashian and Tristan Thompson ending their relationship again? Do you think it’s over for good? Sound off below in the comments.