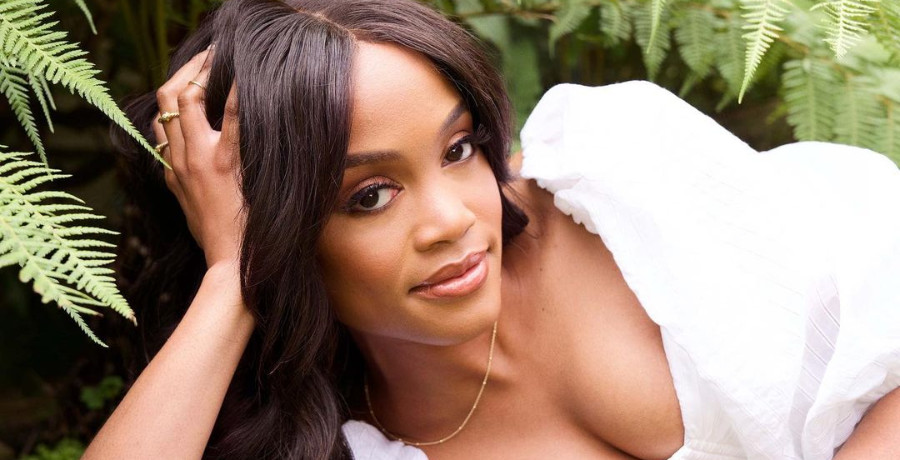 Rachel Lindsay has been talking about leaving Bachelor Nation for a year. But she’s not leaving quietly. The outspoken former Bachelorette laid her grievances bare in a lengthy chat with Vulture. After burning all the bridges, is there any way she could return to the franchise in the future?

Rachel Lindsay is one of the most outspoken stars of Bachelor Nation. Her opinions often have more weight and media attention than other stars. Perhaps because she is the only one not waxing poetic about how fantastic the franchise is. But things really heated up in February after an interview with Chris Harrison.

Antebellum-themed parties, or “Old-South” parties, are problematic because of slavery during the era the party celebrates.

At the time, Rachael Kirkconnell hadn’t yet spoken out about the photos. And so, Chris Harrison spoke out in her defense. But his dismissal of the photos only led to viewer backlash. Chris Harrison eventually apologized and “took a step back” from the franchise.

It wasn’t clear when he would return, but it was thought that he would at some point. Shockingly, he announced earlier this month that he will not be returning to the franchise.

Since the February interview, Rachel Lindsay has gotten massive amounts of online hate, including death threats. Fans blame her for Chris Harrison’s exit. And she knows it. She saucily said in the interview that fans would blame her if Chris Harrison spends his hefty exit money, too.

She Calls a Section of Fans ‘Bachelor Klan’

Throughout the interview, Rachel Lindsay discusses all the times Bachelor Nation producers promised changes in the franchise. But they never delivered on the promises. Furthermore, Rachel discusses the “toxic fandom” that the show has cultivated in the last 19 years.

When the Rose-Colored Glasses Came Off

Rachel Lindsay has spoken out in the past about the network casting a racist contestant on her season of The Bachelorette. Before appearing on the show, Lee Garrett posted some racist and sexist content on his social media. Fans of the show discovered it while The Bachelorette was airing. Due to the lapse between filming and airing, Rachel Lindsay had no idea about the posts until after her season ended.

She often wonders if ABC cast Lee for drama, knowing full well about his past posts. Either way, Rachel Lindsay spills a lot more tea about how everything went down on her season and future seasons.

Along with casting Lee, Rachel Lindsay took issue that the network cast several men who weren’t interested in dating a Black woman. But her problems with the franchise extends beyond her own season.

According to Rachel Lindsay, she began to see the franchise in a new light around Becca Kufrin’s season in 2018. She reveals that she was “annoyed” how the franchise handled the Garrett Yrigoyen controversy compared to how they handled it during her season. As with Lee, Garrett’s social media activity gained attention after it was found that he hit the ‘like’ button on multiple offensive tweets.

Things got worse for Rachel Lindsay when the franchise repeatedly overlooked men and women of color as potential leads, including Mike Johnson. It wasn’t until the spotlight on racial tensions in 2020 lead to Matt James cast as the first Black Bachelor.

Is She Done With Bachelor Nation?

Around the same time that ABC announced Matt James as the next Bachelor, Rachel Lindsay gave an ultimatum. She demanded the network add more diversity behind the camera as well as in front of it.

Rachel Lindsay makes it clear that she doesn’t regret her time with the franchise. However, she grew increasingly frustrated as the changes promised never came.

It does sound like she is done with the franchise, “I’m no longer making myself available to The Bachelor universe,” she said. She does add a caveat that she is willing to help contestants who reach out to her.

Furthermore, she will watch Michelle Young’s upcoming season of The Bachelorette, still hopeful to see changes.

Read Rachel’s full interview here. She dishes on everything from Peter Weber, her break-up with Nick Viall and everything in between.

She may be done with Bachelor Nation, but Rachel Lindsay isn’t done standing up for herself. Shortly after the article went online, she took to her Instagram to set the record straight. She did not approve, nor did she say, the “clickbait” headline chosen by the publication.

Rachel feels “disrespected” by a headline that caters to the very notion – “the angry Black woman” trope – that she was trying to dispel.

The publication has yet to respond to Rachel’s criticism.