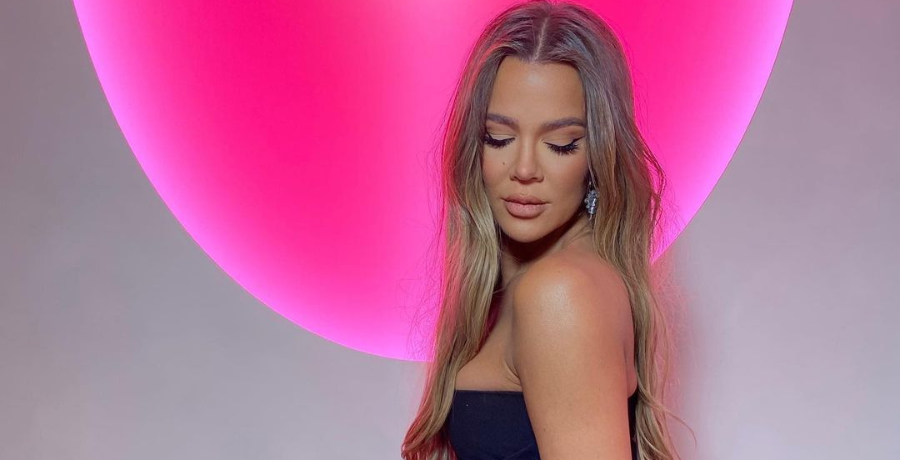 Khloe Kardashian got backlash for posting photos that are giving fans “blackfishing” vibes. Keeping Up with the Kardashians fans claimed that the reality star is “desperate” to “be Black.” On Wednesday, June 16, Khloe took to Instagram to post a series of photos. She promoted her new Good American collection.

Khloe modeled a gray tracksuit. Khloe pouted her lips as she modeled off the new look in the carousel of photos. In recent months, the television personality has confused fans with her selfies. They accused her of changing her features on an almost weekly basis.

Now, they feel that she’s trying too hard to look like a Black woman.

On Wednesday, Khloe Kardashian modeled the new gray tracksuit from her Good American collection. She paired the look with gold oversized hoops, long French tips, and even longer blonde hair. However, fans couldn’t help but notice how dark Khloe looked in the photos. The Instagram influencer simply wanted to promote her new collection on Instagram.

Most fans wrote that Khloe looked “absolutely stunning.” But there was an overwhelming number of fans who thought her face and skin looked darker than usual. Some claimed that it was another case of Photoshop, while others believe that Khloe deliberately tanned her skin. Some accused her of “Blackfishing” by intentionally darkening her skin for this new athleisure look.

One fan noted that just because Khloe’s daughter, True, is Black, doesn’t mean she should darken her skin. That fan left a lengthy comment on Khloe’s post. Not only did the user call out Khloe, but they also called out the entire Kardashian-Jenner family for hijacking Black culture. This isn’t the first time That Khloe has been called out for cultural appropriation.

KUWTK star has not learned from her previous backlash

The 36-year-old has been accused of blackfishing before. In May 2019, Khloe Kardashian got major backlash for wearing cornrows during her beach vacation. She’s not the only one. Both Kim Kardashian and Kylie Jenner have sported the Black hairstyle in the past.

Most of the Kardashian-Jenner clan have been accused of cultural appropriation. Most of the fashion and beauty looks they get are inspired by Black women, most of which are on Instagram. Critics argue that the Kardashians are making a mockery of Black culture. While Khloe loves to call out the haters on social media, she stayed silent on this matter.

What are your thoughts? Do you agree that Khloe intentionally darkened her skin? Sound off below in the comments.