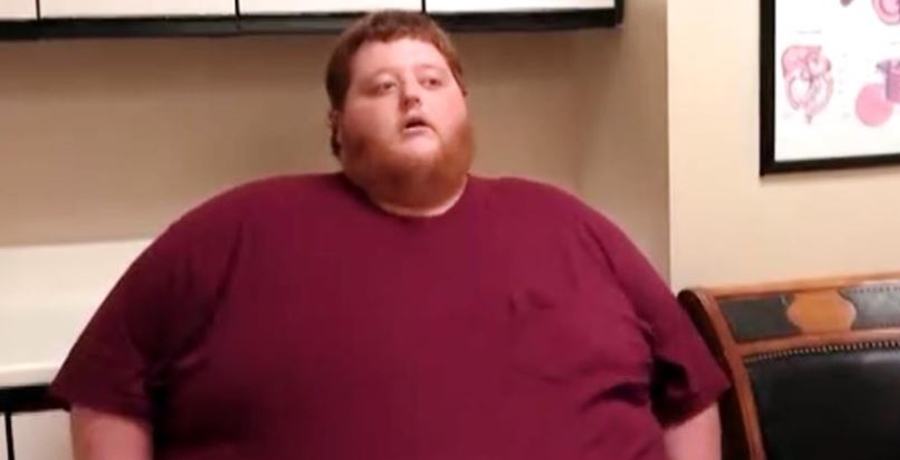 Justin McSwain first featured in My 600-Lb Life in 2019 and he came with a sad backstory. So often, childhood troubles leave adults with food addictions and their lives became terrible when they face morbid obesity. Justin hit 200-lbs at the young age of 14 and just kept on gaining huge amounts of weight. However, he worked with Dr. Now in Houston and became a star patient. Now, he gave a new update in an interesting photo that might blow your socks off.

Fans know that at 688 pounds it takes a lot of effort to shed weight. The product of a broken home and a drug-addicted mother facilitated his eating. In fact, the TLC star came under his dad’s custody after his mom lost her grip. Spiraling down from prescribed meds, she eventually ended up on heroin. Fed up with it, his dad left and remarried, taking his son with him. Thereafter, he never felt a part of the family. He ended up as a reclusive adult and decided to contact Dr. Now.

Justin McSwain reunited with his mom at one point, and for a while, the My 600-Lb Life star felt happy. However, she also enabled his eating before falling off the rails again. By the time he graduated from college, he weighed in at over 500lbs. Limited mobility meant that he worked from home as a freelancer. However, he lost 200 pounds and finally, Dr. Now approved his weight surgery. Since then, he lost a lot more weight, though he struggled to stay disciplined during the coronavirus quarantine. However, in March we revealed that he dropped 450 pounds. Too big to fit in his car at one stage, he even admitted that he worked towards obtaining his pilot’s license.

Thankful for another year of life

This weekend, Justin McSwain took to his Instagram on the occasion of his birthday. There, he shared that he celebrated turning 31 years old. He told his TLC fans that he feels “grateful for another year of life, and the difference a few years can make!” Actually, in the before photo, he wore a knitted hat. So, his hashtags included, “#ThatHatDoesntEvenFitAnymore.” Next, he thanked all of his supporters. Actually, the photos reveal what looks like two different men.

Fans of Justin McSwain from My 600-Lb Life wished him a “Happy Birthday,” and commented on how his story really inspired them. One fan wrote, “Happy birthday! So inspired by you and your story! Have the best day!❤️” Then another one noted, “Happy Birthday!! That weight loss is amazing.” Actually, it seems like he deserves every last word of praise from Dr. Now who once described him as the “hardest working patient.”

Remember to check back with us often for more news and updates about TLC star Justin McSwain from My 600-Lb Life.