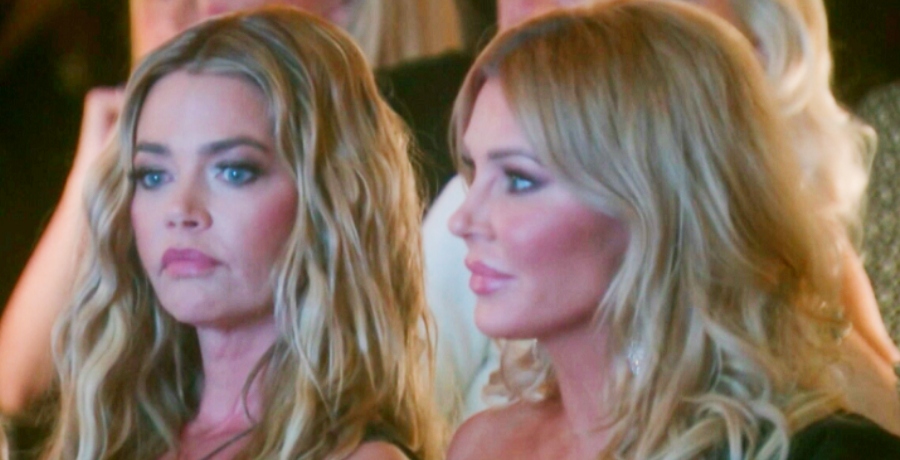 Are Denise Richards and Brandi Glanville on good terms? Fans recall when their friendship ended due to their alleged tryst. Brandi claims that the two hooked up, which Denise denies to this day. This rumor became the main storyline of The Real Housewives of Beverly Hills Season 10.

Not only did Denise have a falling out with Brandi, but she also ended her nearly 20-year friendship with Lisa Rinna. The RHOBH co-star just could not trust Denise for reasons unknown. She still struggles with the after effects of their crumbling friendship on the new season. Now, it looks like Denise wants to mend things with Brandi.

Earlier this month, Brandi Glanville shared a family photo alongside ex-husband Eddie Cibrian and his wife LeAnn Rimes. She recently revealed that she’s back on good terms with the couple. It’s taken nearly a decade for all of them to move past their drama. In the post, Brandi wished her son, Mason, whom she shares with Eddie, a happy birthday.

“It’s my birthday too!” Brandi added. “I spit you out of my womb 18 years ago today this is literally the busiest month of my life.”

Denise Richards liked Brandi’s post along with 18,000 others. Queens of Bravo took to its Instagram Stories to share this revelation. Does that mean Brandi and Denise are on good terms yet again? In an interview with Hollywood Raw, Brandi revealed what she thought when she learned that Denise “liked” her Instagram post.

“Oh my God, that’s so funny. I have not seen her since the show, but she literally liked the photo of [me], Eddie, LeAnn at Mason’s birthday just the other day,” Brandi said. “She liked the photo after she called me a liar and all these crazy things.”

The RHOBH alum was “shocked” because she doesn’t run her own social media account. Her assistant posts on Brandi’s behalf. The podcast host said that Denise’s “like” felt like “the most public olive branch ever.” She’s still unsure what to make of it.

Brandi Glanville took that as a sign to repair their friendship. She revealed that she reached out to Denise Richards to thank her for “liking” the photo. After Brandi sent her a series of DMs, Denise “unlike” the photo. It’s unclear if Brandi has noticed yet, but she didn’t get a response back from Denise.

As RHOBH fans know, the two women have not been on speaking terms since Season 10. Brandi claimed that she and the Wild Things star had an affair and sticks to those claims to this day. The drama led Denise to leave the Bravo series behind. Do you think Brandi and Denise will repair their friendship? Sound off below in the comments.