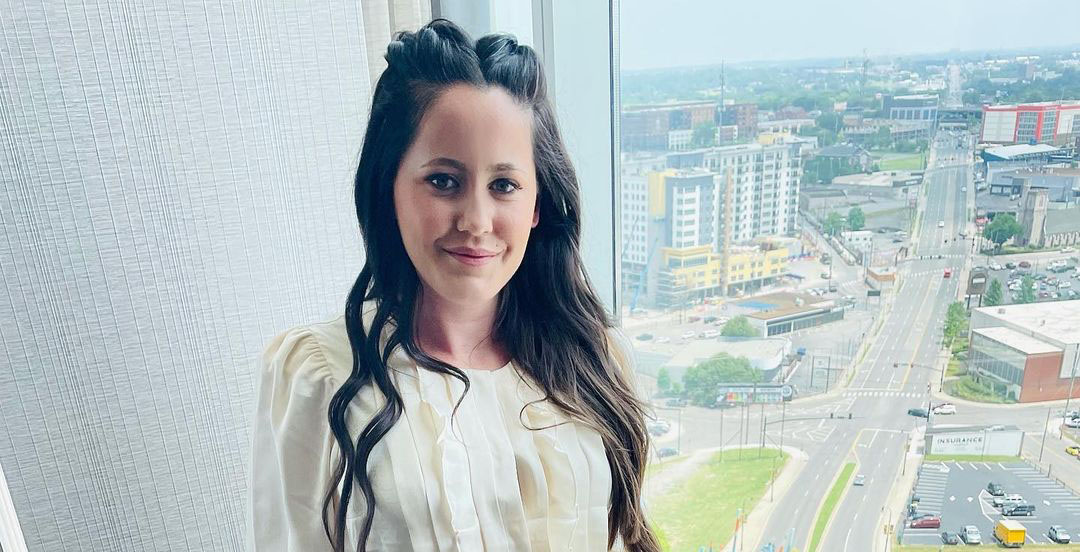 Teen Mom 2 alum, Jenelle Evans denies lip fillers. Unfortunately, she still feels like she needs to defend herself. This isn’t the first time, Jenelle has gone to social media to prove a point about her appearance. Keep reading to find out what she does this time.

Jenelle Evans recently had to prove she isn’t pregnant

Recently, TV Shows Ace reports about how Jenelle Evans went on TikTok to disprove rumors that she is pregnant. Notably, this video comes as a response to a previous video. In the first video, Jenelle tries to encourage body positivity for mothers. During this video, she claims “FUPA for life.”

After that video causes speculation that Jenelle is pregnant again, she makes a follow-up video. She addresses the fact that people are saying “she doesn’t have a FUPA, she’s pregnant.” Not only is Jenelle not pregnant, but she also shares how it is nearly medically impossible for her to get pregnant. After she had Ensley, she got her tubes tied. Additionally, she only has one ovary.

To further disprove the pregnancy rumor, Jenelle dons her mom jeans to give a demonstration. She shows what it looks like when she sits down. Ultimately, she tells her followers to “Embrace your body. You’re not there to impress anyone. Just live your life. Be happy.”

Jenelle demonstrates that she doesn’t have lip fillers

According to Jenelle, it looks like she has lip fillers because of a filter. So, she just snaps a photo with the filter. Next, she snaps another photo without the filter to show the difference. With both photos, it is clear that the filter does give the appearance that Jenelle has fuller lips.

However, it isn’t too far-fetched to think that Jenelle would have a plastic surgery procedure done. Multiple sources report that she confirms having two procedures. Consequently, one of them was lip fillers in 2016 according to The U.S. Sun. Prior to that, she had a boob job in 2012.

Did you remember that Jenelle Evans had plastic surgery in the past? Why would Jenelle disprove that she has lip fillers when she’s had them in the past? Let us know your thoughts in the comment section below. Come back to TV Shows Ace for more Teen Mom news.