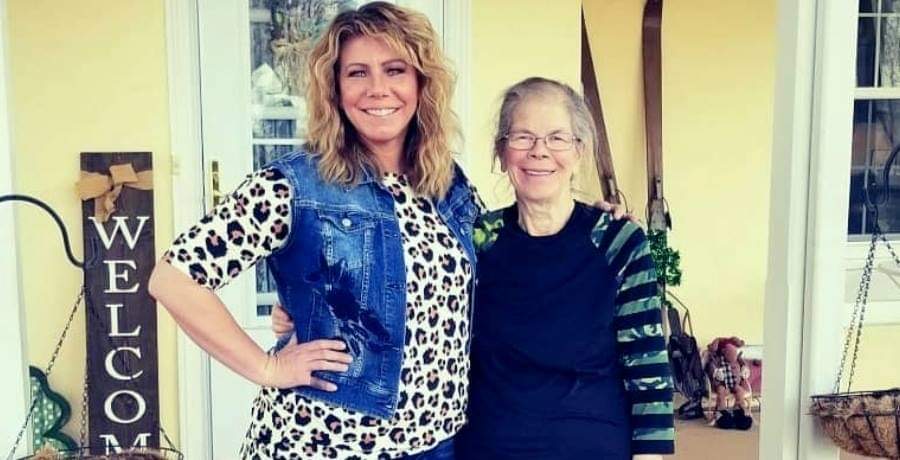 It’s been a rough year for Meri Brown. The Sister Wives star has been desperately trying to reconnect with her husband, Kody Brown. Unfortunately, to seemingly no avail. To make matters harder, COVID came and disrupted everything. She and her three sister wives wanted to try and make more of an effort to communicate. However, living so far apart in Flagstaff proved challenging and Meri was often left feeling alone. She also had an inn to worry about in Utah. Her mother, Bonnie had been tending to it but due to her age, it seemed she was safer in Flagstaff until COVID settled. So, Meri’s daughter Mariah and her fiancee, Audrey went to run the inn for her. Sadly, Bonnie passed away in March of this year. Meri took a short time off to mourn her mom then reopened the inn in May. Now, it seems Bonnie’s memory continues to live on.

Meri’s Fight For the Inn On Sister Wives

The Inn, now named Lizzie’s Heritage Inn, has a very special place in Meri’s heart. It had been a part of her family for as long as she could remember. When it went up for sale, she knew she had to buy it to ensure no one else got ahold of it. Yet, she was not sure she could afford the down payment. She went to her husband and sister wives for business assistance. Unfortunately, they wanted to be a part of the business and the plan.

When Kody did not feel he was getting what he wanted and that Meri did not have the proper plan in place, he said it was not in the budget. This broke Meri’s heart. Luckily, she had been working very hard as a LuLaRoe consultant and had saved some money. Behind their backs, she went and negotiated a down payment and bought the inn on her own. The biggest concern for the family was that she would be so independent and end up leaving them.

She promised she was still on board to move wherever they wanted to. This was just something she needed in her life. In the end, the wives helped her decorate and have been encouraging. To keep this in the family, Meri even brought Bonnie on to run the inn. She still made frequent trips to the inn but Bonnie lived and breathed it. Before Bonnie left the inn, she told Meri something exciting. She never got to see it come to fruition but Meri made sure it did not fall by the wayside.

Before COVID led Bonnie to Flagstaff, she told Meri about something exciting. Her cousin and her cousin’s daughter were hoping to come to the inn. Of course, Meri was going to be there for their visit. They wanted to ask their cousin as much as they could about the inn’s namesake. She is roughly ten years older than Bonnie so she would have a clearer memory of Grandma Liz. Unfortunately, the world was put on hold and so was the trip. Then, Bonnie passed away and she never got to see her cousins.

As a sweet surprise to Meri, and one gifted by her late mother, she got a knock on her door. It was her cousins. They regaled her with stories and tales. Though she wished her mother could have been there for this beautiful moment, she knows she was there in spirit.

Has anything like this ever happened to you? And are you hopeful Sister Wives makes a return? Let us know in the comments.

Tyler Cameron Gets Real About Hannah Brown Fantasy Suite & New Girlfriend
Could Hallmark’s ‘Good Witch’ Continue With Movies?
‘Witcher’ Pendant-Wearing Olympian Superfan Wins Gold Medal
Lisa Rinna Stars In New ‘Days Of Our Lives: Beyond Salem’ For Peacock
Would Michael Allio Accept An Offer To Be ‘The Bachelor’ Next Season?