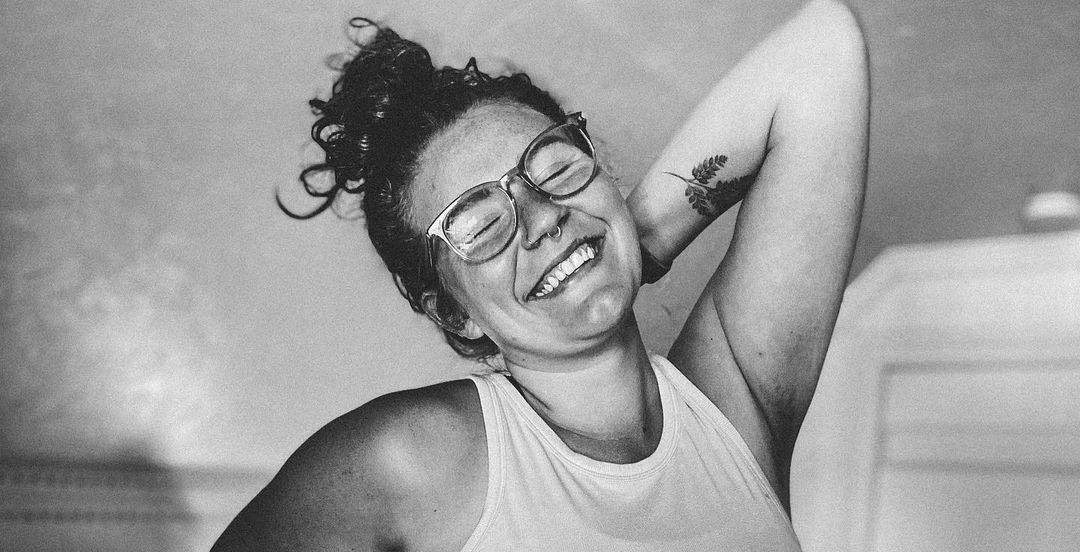 Recently, Mariah Brown returns to Instagram with a strong message. Her post is informational and shares so many facts about a cause that is clearly near and dear to her heart. In the caption, Mariah lets her followers know where exactly she stands with the topic of transgendered athletes. She writes, “I stand with trans athletes. i stand with trans kids, and trans girls especially, play sports! trans kids belong, always.”

Next, Mariah Brown asks her followers to “please, swipe through to learn some real facts.” After that, Mariah shows her gratitude towards the creator of the slides. She writes, “thank you, Schuyler (@pinkmantaray) for creating these slides and for your continued commitment to trans kids & athletes.”

The first photo in Mariah’s series of educational slides about trans kids and sports says, “Let Trans Girls Play Girls’ Sports!” Following that is all of the informational slides Schuyler creates for the cause. The fact that sparks the need for education on the matter is as follows. “As of May 2021, at least 30 anti-trans sports bills, most of which target trans girls, have been proposed or enacted in the United States.”

One argument on this matter is “Trans women are biological males and shouldn’t compete with women.” However, according to this infographic, the LGBTQ+ community would prefer that trans women be called women. The slide argues that calling them “biological males” is inaccurate and transphobic. Furthermore, the slide indicates that there are different ways to talk about “folks with higher levels of testosterone” and “reproductive biology.”

Next, Mariah Brown’s strong message continues. The next topic addressed the proposed gender verification testing. While it is invasive for all women, it also “demonizes and weaponizes transness.” Furthermore, the post shares that this process is “degrading to ALL women.”

Testosterone levels seem to be a major point of contention

The next argument the post presents is “Trans women have higher levels of testosterone so it’s unfair.” While this may be a valid point at the elite-level sports, the infographic presents the counterargument that kids just want to be kids. “These are just kids playing sports with their friends.”

Consequently, the next slide also focuses heavily on testosterone. The leading quote reads as follows. “But even if testosterone levels are regulated, trans women go through testosterone-driven puberty, so they are taller & bigger!” The slide points out that there are cis women that are taller than transgendered women.

Furthermore, the slides present the idea that “I’m not transphobic, I just care about fairness.” However, there’s an argument to be made that “many folks don’t care about sports or fairness until a trans woman wants to play.”

What you can do to be involved in the conversation

With all of that in mind, there are several calls to action in Mariah Brown’s strong message. They are as follows.

The link referenced above can be found here.

What do you think about Mariah Brown and her strong message? Are you proud of her for sticking up for something she believes in? Let us know your thoughts in the comment section below. Make sure to come back to TV Shows Ace for more Sister Wives news.