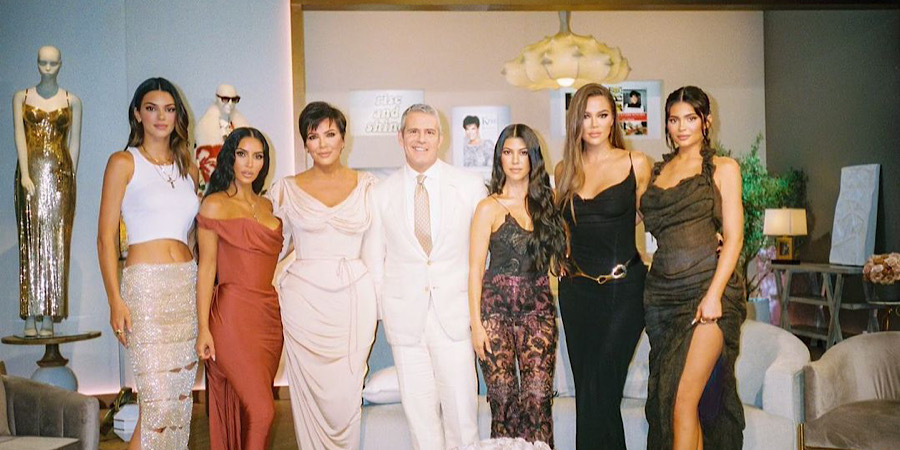 Last week, KUWTK wrapped up its twenty-season run with an emotional goodbye. Kourtney explained to Kim and Khloe why she and Scott could never be. At the same time, Khloe decided to move to Boston to be with Tristan while he finished out basketball season. Kim got her results from her second try at the baby bar exam. Sadly, she did not pass again. She did tell Kris what she was hoping for in a man. The family came back together to put together a time capsule they hoped to open in 2035. They threw in moments from the past fifteen years and thanked the fans. The sisters and Kris will now sit down with Andy Cohen for an anything goes interview. He can ask them anything and they have no idea what is to come.

Who Wanted KUWTK To End?

Kourtney felt the show was not productive anymore. Therefore, she was the one who truly wanted it to be over. It was very time-consuming for her. They would film and then see it six months later so it was a lot of reliving bad moments. She also felt it was very toxic. Yet, they are coming back on another platform. Why not renew with E!? Kim felt 20 was a great even number to end on.

They really miss being able to go to the grocery store or gas station pre-fame. Andy notes Kim did always have dreams of being famous so she knew how to seek out the paparazzi. Kylie and Kendall grew up with fame. So, they have no idea of anything different. This is second nature.

Andy asks Kim about her intimate video. She knows she will live with it forever but luckily her kids do not know about it yet. It is the one thing she wishes she could erase and will have to explain it to them one day. As for who is the easiest to manage, Kendall has always been easy from the time she was little. Kourtney has always been difficult and will usually say no. She wants all the logistics on everything. Yes, Kris believes she has earned her fee (10%) and the kids agree.

Kylie’s A Billionaire With Lips

Of course, it has to be addressed that Kylie is the youngest self-made billionaire. It stems from her lip kits which were created from her own lip insecurities. She explains she was kissing a guy. He told her she was a great kisser but pointed out her small lips. It made her feel unkissable. She began to overline her lips to compensate for her small lips and it made her feel better.

Andy has to ask about one ex, Tyga, who was featured on the show. They are not friends but they are amicable. Travis was not featured and she never pressured him. As for her pregnancy not being featured, she was really young and wanted to go through it alone. The sisters commend her decision because the paparazzi got fearless when the girls were pregnant. She just wanted safety. Marriage is not in the cards right now but she is hopeful for it.

The Baby Bar And More Kim Beyond KUWTK

Kim did not pass her baby bar exam and they only have a 20% pass rate. She will take it again in the summer. Kim is very hopeful this time around. As for the show, she knew she could not hold it on her own, she was not entertaining enough. Thus, her family had to join in to make it work giving the world KUWTK.

Why did she have a falling out with Paris Hilton? They drifted apart then Hilton made a negative comment. Kourt could recall it but now the two have reconciled and are very cool. Kim knows Paris helped jump-start her career and opened her eyes to so much.

The Kris Humphries Wedding and Marriage

At the time, Kourtney thought the marriage would last. Khloe said at the engagement party she did not think it would last. At the rehearsal dinner, Kris told Kim she would put her in a car and no one would know where she was. Kim did not want people to think she was a runaway bride. She used all the production money on the wedding. Admittedly, she went through with the wedding for the show. By the time they got to Italy, she knew she had made a mistake.

She knew it was over when his shoes were lined up all over their hotel. Kim felt claustrophobic. She admits she handled it horribly and owes him an apology. There have been times she has tried to apologize to him but he won’t allow it. Kris was very faith-based and wanted an annulment. That is why he marked fraud so he could get it annulled. This brought up so many questions. Kim wishes she had been mature enough to see that. She also wishes she had only been married once.

Six months after it ended with Kris, she called Kanye asking why he did not call to tell her he told her so about the ill-fated romance. When they finally met up, she knew that was it – she was in love. Why did her marriage to Kanye not work out either? She won’t say. But, they gave it their all and have an amazing co-parenting relationship. They were friends first and she will always be his biggest fan. She will date a non-celeb but they need to understand this life. Kim is not dating Van Jones of Maluma.

In the end, it moves to Kris and Caitlyn Jenner. As many are aware, Caitlyn started the series as a doting father and former Olympian, Bruce. Their marriage ended and Bruce transitioned to Caitlyn, a move that shocked many. Now, Kris has been with Corey Gamble for six years and they are very happy.

Next week on part two of the KUWTK reunion, Scott joins the conversation. Kendall addresses her relationship while Khloe talks about Tristan cheating. It all happens next Thursday at 8 pm on E!