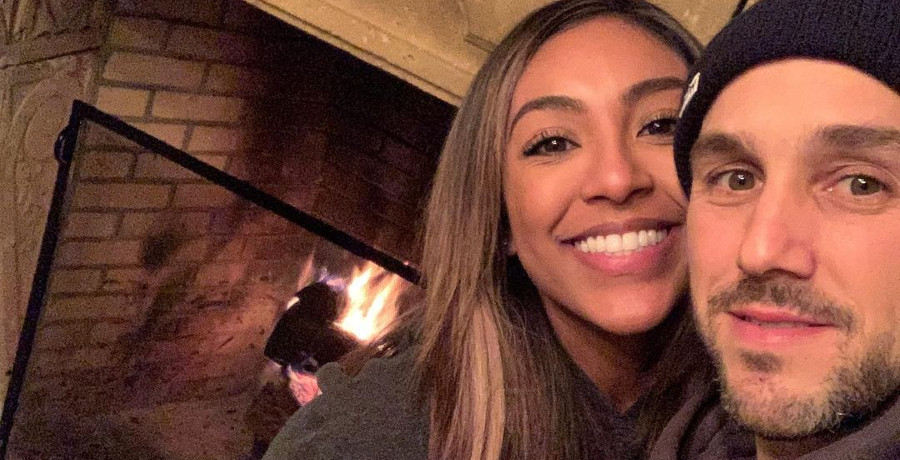 Are they together or aren’t they? That’s the question on the minds of Bachelor Nation fans about Tayshia Adams and Zac Clark. After heavily posting photos together, they went social media radio silent about their relationship. Are they still together?

Tayshia Adams chose Zac Clark to give her final rose at the end of Season 16 of The Bachelorette. In turn, he gave her an engagement ring. The two planned a bicoastal, long-distance relationship, which was a huge red flag for Bachelor Nation viewers.

But for a while, they were giving their social media followers a glimpse into how they made it work. When Tayshia visited Zac in NYC, they shared clips on their respective Instagrams.

Back in March, one of Tayshia’s Instagram Stories set off sirens among followers. She wasn’t wearing her engagement ring. Internet sleuths also discovered that Zac’s mom had unfollowed Tayshia’s podcast. Were they over?

After the engagement ring debacle, Tayshia took to her Instagram to share how difficult it is to be in a public relationship. She thanked fans for their devotion, but essentially asked them to back off.

During a recent interview with Us Weekly, the Bachelorette star doubled down on that. She said that fans need to realize “that it’s a real relationship behind the scenes.”

Her advice to current Bachelorette Katie Thurston gives insight on why she and Zac don’t post photos together on social media. According to Tayshia, she advised Katie to “do what’s best for you in a relationship.” Even if that means “pulling back from social media.”

Tayshia also spoke about the importance of boundaries. So, it seems she is still engaged to Zac, but they are living their lives “outside of social media.”

Interestingly, while Tayshia is talking about pulling back from social media, Zac finally posted a joint photo. The couple spent time together taking in a Sixers game.

It was the first time Tayshia featured on his Instagram feed in six weeks. Fans took to the comments to share their relief that the Bachelorette couple is still together.

Do you blame Zac and Tayshia for taking their relationship off social media? Do you think they will stay together long enough for a wedding? Share your thoughts in the comments below.

Tune in to The Bachelorette Mondays on ABC to watch Tayshia Adams and Kaitlyn Bristowe guide Katie Thurston through the process.