Little People, Big World fans seem to love Tori Roloff. From what they have seen on the show, she seems like a great mom and a fun person to be around. Fans typically have nothing but positive things to say about her. One of her neighbors even opened up about who Tori is in real life, and they said she’s just as great as she seems on the show.

In a new LPBW clip, Tori and Zach are talking about Pumpkin Season at Roloff Farms. Little Jackson is chatting about his favorite parts of the farm and Pumpkin Season. He adores the chickens, who he lovingly calls “Teeter.” This is a sweet video, and the family is getting a lot of love as they share parts of their lives with fans. But Tori’s statement about her father-in-law is a bit shocking. Fans might not be expecting the LPBW star to publicly admit that Matt Roloff is controlling. Read on to find out exactly what Tori said about Matt.

Wait, what did Tori Roloff just say about Matt?

In the clip, as the family chats about Pumpkin Season, Tori says, “I think Zach has really stepped up to the plate this year. I think that, you know, he’s taken more of an interest in Pumpkin Season, the farm, everything. Like there’s moments that Zach definitely could have done more, but it’s hard when, you know, Matt is very controlling of Pumpkin Season and what happens during Pumpkin Season.” 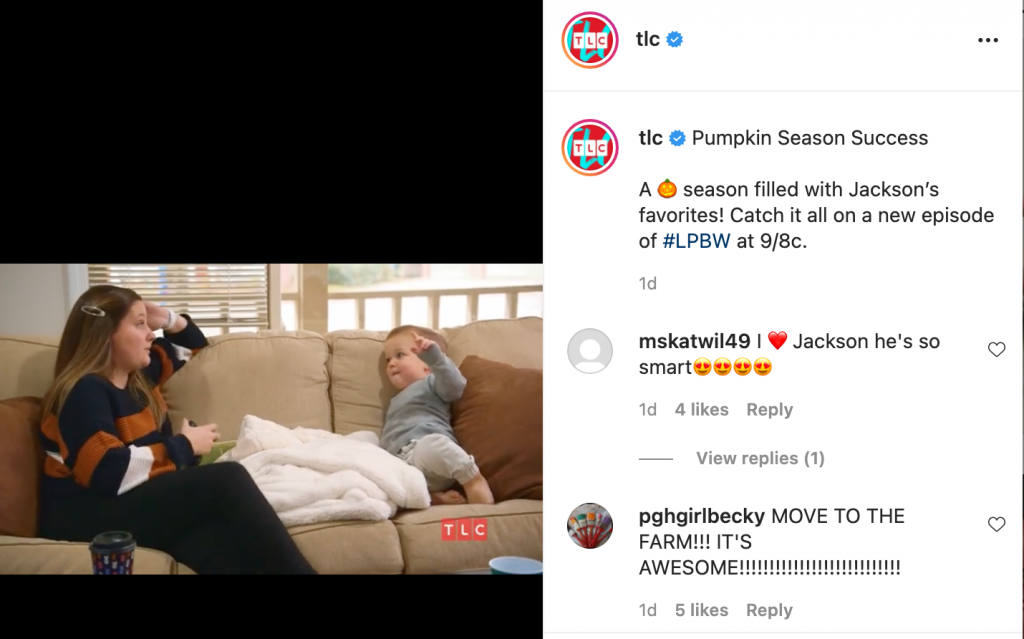 She thinks that Zach will have to “interject himself,” while Matt needs to let Zach do more to help.

Though Tori calls Matt “very controlling,” it’s likely just because he’s in charge of the farm and has always run Pumpkin Season. He seems to know what he’s doing at this point. Of course, as he gets older, he will need to let Zach and everyone else step up and take some of his responsibilities. He knows he will need to scale back and retire at some point, so he will also need to give up some of that control eventually too.

You can see the full clip here.

So, do you think Matt Roloff seems controlling when it comes to Pumpkin Season at Roloff Farms? Do you think that Tori’s statement is fair? Let us know in the comments below.