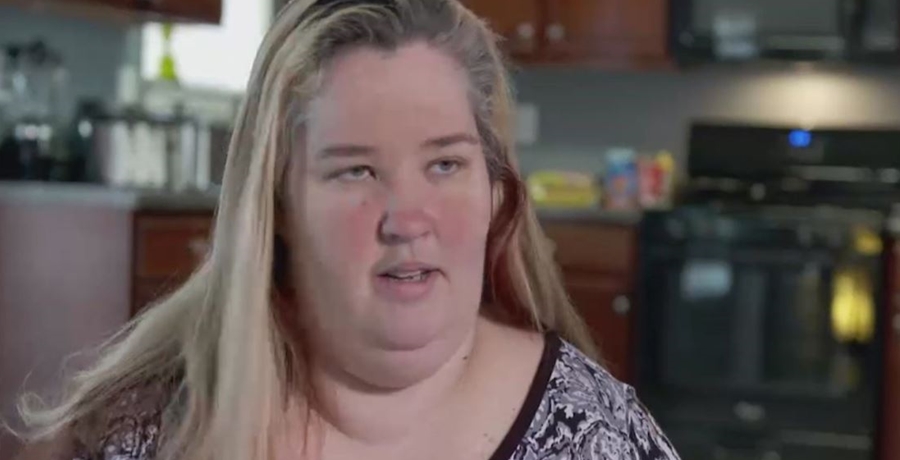 Mama June Shannon admitted that she put on a lot of weight and in Road to Redemption which ended recently, she literally stuffed her face. Blaming her extra pounds on COVID-19, she still looks large. Well, she’s “baaack!” as she loves to proclaim, and promoting weight loss products that seem to make little difference. WEtv fans really don’t mind the occasional promo if it works. However, they really become annoyed when stars promote products that don’t seem to work. So, someone slapped at her really hard.

When fans saw the incredibly high calories smoothie that Honey Boo Boo’s mom put together, they obviously realized that weight loss went out the door for the previously Not to Hot character. While some fans know that people in rehab often put on weight, the scenes that fans saw in the show were filmed quite a long time ago. Clearly, since then, she never really made a huge effort to lose the extra pounds. Actually, it became a hot topic on social media for a while and even Andy Cohen interviewed her about it.

While good things come along for her right now, fans of Mama June Shannon became irritated when she recently promoted Boom Bod again. Actually, all of the family does from time to time, but Geno’s girlfriend got slammed more viciously than usual. If you wonder about the good things, we reported that “she will be presenting at the 8th Annual American Reality Television Awards (ARTAS).” Anyway, everyone forgot that when she posted the new promo, especially as her before and after photos didn’t indicate which was the new photo.

On June 16, Mama June Shannon shared before and after photos. However, she didn’t label which one was old and which was new. In her caption, she said, “Been back with these @boombod shots, and I am definitely feeling it 😁 .” Well, she also went on about cravings and the positives that come from using the product. Instantly, fans started commenting that they couldn’t really see any difference. One fan said, “Girl you look the same 🤦‍♀️.”

Next, Mama June Shannon got the hard slap at her weight loss claim. A follower wrote, “This is like Helen Keller advertising for LensCrafters.” Well, people laughed and liked the post. If you don’t know, Helen Keller was an author who went blind at a young age. Obviously, if she were still alive she wouldn’t promo eyeglasses.  Nevertheless, the comparison might be a bit hurtful as WEtv fans know that June is vision-challenged.

What did you think about the slap that June got from a follower? Do you agree it seems funny? Or do you think it’s rather insensitive given her bad eyesight? Is that reaction warranted considering she promotes a product that seemingly does little for her weight? Sound off in the comments below.

Remember to check back with us often for more news about Mama June Shannon from WEtv.