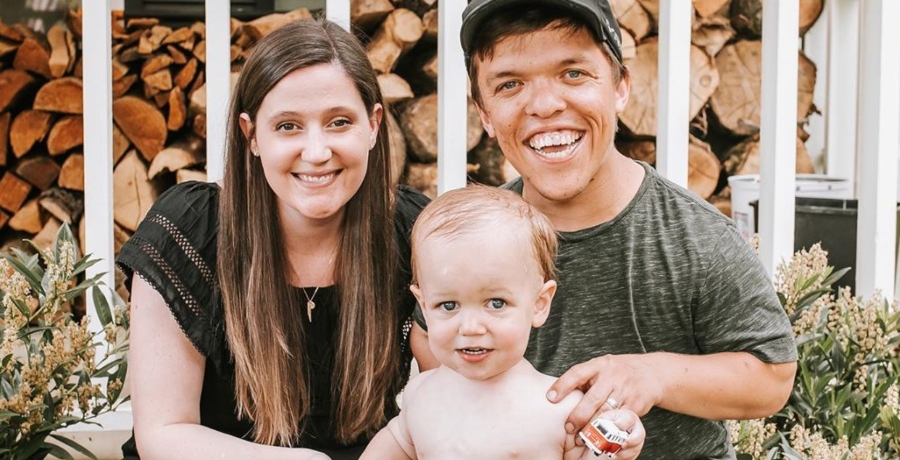 Little People, Big World fans have a lot to say about a recent video shared by TLC. On social media, the network shared a LPBW clip of Jackson, Tori, and Zach Roloff.

In the clip, the family is talking about Pumpkin Season at Roloff Farms.  The toddler explains that he likes the chickens and the goats at the farm. In the cute video, Tori and Zach talk about the chicken situation. There are five chickens in the cage, and Jackson calls all of them Teeter. The little guy claims that his favorite chicken is Teeter. So, Jackson gets very excited about visiting the chickens.

While plenty of fans are talking about how adorable Jackson is and saying that they love how much he adores Teeter, some of them noticed something concerning in the video.

In the comments section of the video, many viewers are asking about Jackson’s speech and whether he has delays. One user asks, “Is Jackson in any kind of speech therepy? He seems really behind for his age.”

Another user responded, sharing some insight into speech delays and dwarfism:

“In achondroplasia (common dwarfism) hearing loss due to recurrent otitis media and Eustachian tube dysfunction, macroglossia, tongue thrust, mouth size/proportions, and muscle hypotonicity are the main causes for speech delay and incorrect articulation. Macroglossia in particular can interfere with tongue tip sounds and can obstruct the airways, making sleeping and breathing more difficult. Have you ever noticed how a lot of people with achondroplasia have very narrow mouths and oral palates? It can cause their teeth to grow in really crowded and misaligned, not sure how much of these issues are treatable..”

Other viewers mention that Tori is a teacher, so she is likely aware of any issues Jackson may have and how she can support him. It’s also worth noting that the video of Jackson talking is older due to filming and production time. He may be talking much better now in real time.

So far, Tori and Zach haven’t responded to any of the questions they have received about Jackson’s speech. But they don’t shy away from talking about real-life topics. Tori has talked about the ups and downs of motherhood, opened up about Lilah Roloff’s strabismus diagnosis, and shared her miscarriage news with the world.

You can watch the video here.

So, do you think fans should be talking about LPBW star Jackson Roloff’s possible speech delays? Or do you think his parents have it under control? Let us know in the comments below.

For more updates about your favorite reality TV shows and stars, check back with TV Shows Ace.