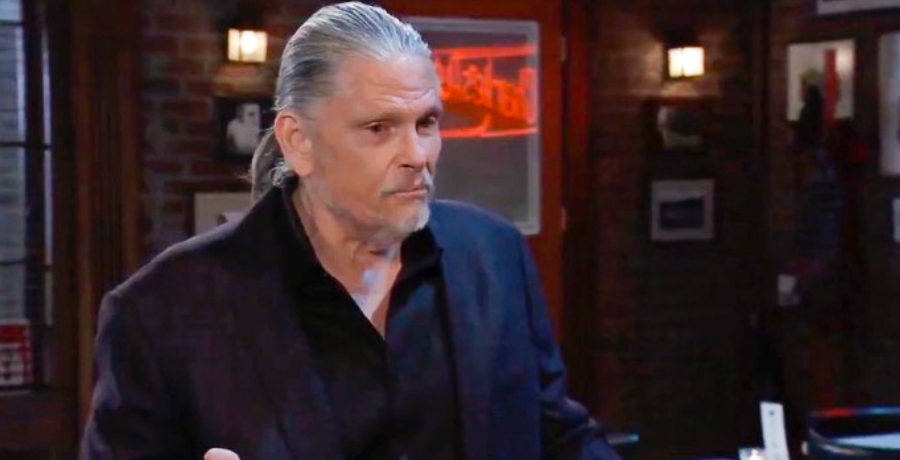 During Wednesday’s episode of General Hospital, Cyrus Renault left Port Charles. He departed in a wheelchair and Jordan told him he’d remain in custody in an out-of-state facility. He sparked some drama before he left, naturally, in true Cyrus style. After those last scenes, actor Jeff Kober spoke out about his time on General Hospital and fans won’t want to miss what he had to say.

Kober told Soap Opera Digest, “It was such a treat for me” to be on General Hospital for this stint. He noted that originally, Cyrus would depart after three months. However, that three-month gig turned into a year-and-a-half, and he seemed to love every minute.

As his IMDb page noted, Kober started acting in 1985 and he’s snagged dozens of roles over his decades of work. However, General Hospital was his first soap opera role. He played bad guys on shows such as Sons of Anarchy and The Walking Dead, and he also appeared in eight episodes of NCIS: Los Angeles. Playing a bad guy came naturally to him, but daytime was all-new.

General Hospital Gave Him An Appreciation For Daytime

The General Hospital star explained, “The level of education that I’ve gotten from working on this show and the level of writing, the level of directing, the level of everything that goes into a show like this, and the room that they gave me to just do whatever came out of me — all of that was just eye-opening to me.”

Ultimately, Kober was “delighted” about all of that. He greatly appreciates the General Hospital fans too. “Thank you for hating me in such a lovely fashion!” Kober raved. He also joked that once the show revealed his issues with his mother, Florence, “it made it harder for you to hate me.”

Cyrus Caused Chaos As He Departed

Throughout his time in Port Charles, Cyrus consistently loved snark. He taunted people with ease and relished making others uncomfortable. Even though he left Port Charles as a rather broken and powerless mobster, he still wreaked havoc to a degree.

Cyrus got an earful from his half-sister Laura, but he got in her head too. In addition, he made a remark to Finn as the General Hospital elevator doors closed that will probably save Chase’s life. Luckily, Finn immediately grasped the importance of what Cyrus said in that quick moment. General Hospital spoilers hint at big developments with this during Thursday’s show.

Will Cyrus be back? The door is clearly open for that possibility. It seems safe to say there is plenty of unfinished Cyrus-related business.

“Cyrus will certainly be missed. He was definitely the bad guy character but you can tell he had a soft heart and a love for family. @jeffkober is a very talented actor. I hope to see Cyrus back real soon,” one General Hospital viewer tweeted. It appears this is a common sentiment among the show’s fans.

General Hospital airs weekdays on ABC. Will you miss Cyrus? Share your thoughts in the comments below.

Danielle & Adam Busby Celebrate 15 Years Of Marriage: See Photos
Heather Locklear To Star In ‘Don’t Sweat The Small Stuff’ Lifetime Movie
‘When Calls The Heart’ Season 9 Has Started Filming: All The Details
‘Bachelor In Paradise’ Newlyweds Expecting Honeymoon Baby
‘Y&R Spoilers : Who Kidnapped Mariah Copeland And Where Is She?