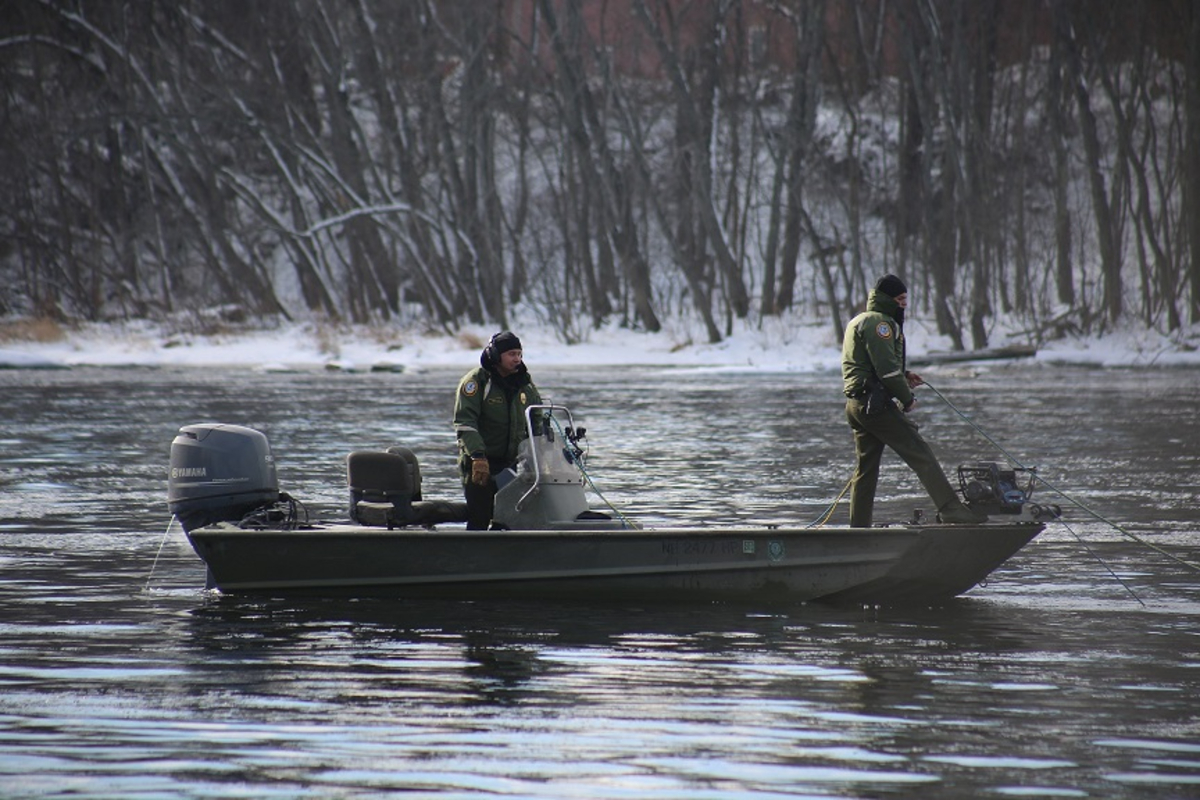 North Woods Law is back for season 16 on Animal Planet, and it’s time to ride and roll with New England’s finest DNR officers.

The reality TV show has lasted a long time on the Animal Planet channel. It shows the New Hampshire Fish and Game Department officers as they enforce conservation laws, rescue animals, and enforce laws in rural areas of the state.

Animal Planet says: “From the White Mountains of the Appalachians to the rocky shores of the Atlantic Ocean, the Conservation Officers of New Hampshire Fish and Game work endlessly to preserve and protect the natural resources of the Granite State.”

In North Woods Law this season, Animal Planet follows the demanding day-to-day work of the Conservation Officers as they conduct, among other activities, search and rescue operations on blisteringly cold mountains and raging rivers, assist biologists in managing the state’s wildlife, and patrol back roads during hunting season as every day presents all-new challenges.

The premiere sees conservation Officers Joe Canfield and Brad Jones searches the Merrimack River for a missing person. Finally, they locate the submerged vehicle, which expands to a multi-day effort with help from Lieutenants Jim Kneeland and Adam Cheney, along with the Fish and Game Dive Team members.

Also, Sergeant Glen Lucas works a case involving the illegal release of a coyote from a local trapper’s trap; in Concord, Conservation Officer James Benvenuti and Colonel Kevin Jordan, along with rehabilitator Jane Kelly and her birds of prey, host an informational meet and greet event.

About the series’ history

North Woods Law began March 11, 2012, on Animal Planet. The series was originally set in Maine, and the show followed game wardens of the Maine Warden Service.

These wildlife officers do it all, from trapped animals to lost hikers, corralling wayward geese to rescuing big cats and bears,  you literally ride along with a real DNR (Department of Natural Resources) officer.  Sometimes the action is light-hearted—other times, its life and death scenarios.

The series did leave Maine and moved to New Hampshire in 2016, with some reporting that there might have been staged drama. However, Maine’s warden department saw an increase in interest for employment applications, and wardens throughout New England saw an uptick in people’s interest in the importance of nature and conservancy.

The DNR officers in North Woods Law face many situations

Other stories this season include Officer Canfield and Trainee Letourneau investigating an unattended bob house whose owner is missing and may have fallen through the ice.

Conservation Officer Chris McKee embarks on a multi-day pursuit to rescue a goose with a plastic six-pack ring around its neck.

Officer Hannett investigates an abandoned barrel related to a 20-year cold case involving the disappearance of a mother and daughter.

And Officer Crouse responding to a report of a possibly rabid raccoon in Rochester that he must snare and remove from the heavily populated area.

The New Hampshire Fish and Game dive team is searching for two drowning victims in the Merrimack River in a more serious twist. Conservation Officers Matt Holmes and Bob Mancini are running radar when Holmes is struck by an ATV going well over the speed limit.

Check out the new drama here: