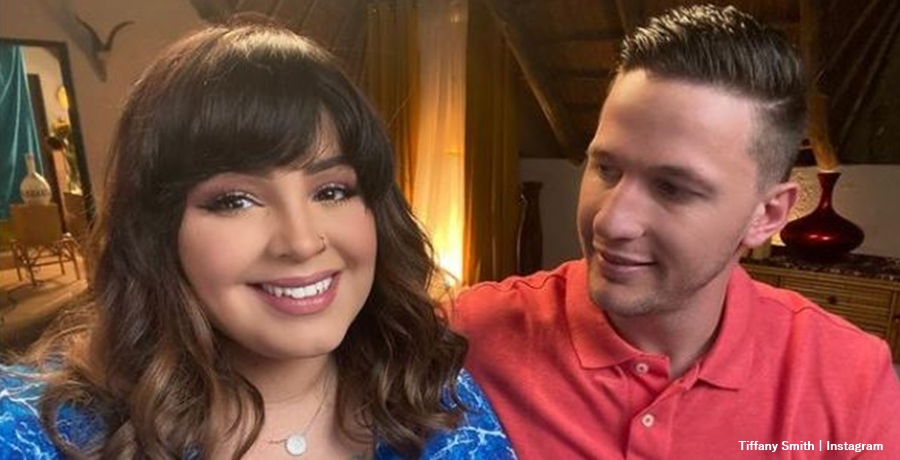 There are rumors of a Tiffany Franco Smith divorce and a pregnancy run around amongst 90 Day Fiance fans. Now, more speculation happens as the TLC star told them she goes for a huge surgery. Obviously, fans wonder what it’s for and if they should be praying for her. However, it might not be huge as in a massive operation. She told people that she expects to be out after one night’s stay in the hospital.

Fans saw that Ronald and his wife went through yet another public spat on social media. That came at the end of May during the show. In the episode, she made all sorts of allegations about Ronald. Actually, she went on about how her husband seems unreasonable to expect her to move to his country and live with him. It came when she talked about concerns he might not obtain his K1 Visa. Of course, it surprised nobody that it all spilled over into a badly acted spat on social media. At least, that’s the way fans think. After all, they go through the same drama every single time they are featured on TLC.

Well, if fans buy into the divorce story, they really can relax as Tiffany Franco Smith confirmed on her live this week that she isn’t divorced. Next, while waiting for more people to fill the room, she also mentioned that she isn’t pregnant either. Well, she then told her 90 Day Fiance fans that she felt really nervous as she drove to a hospital. In the car, she mentioned that she feels so nervous. Naturally, as she recently underwent some makeovers, fans wondered if she went for some sort of plastic surgery.

What is the surgery for?

In the typically cryptic fashion so often adopted by 90 Day Fiance stars, Tiffany Franco Smith first reached out about the surgery, but then, in the comments, said she “can’t really talk about it.” So, TLC fans wonder why she even bothered to say anything in the first place. However, she gave some clues in her live chat. She told fans that she feels “excited” and “can’t wait for fans to see.” Well, if she went for an emergency appendectomy or bowel surgery, she’d hardly be excited to show anyone the scars. So, fans presume it’s something worth seeing.

Tiffany Franco Smith also told her fans that she’ll be offline for a bit and urged them to follow her mom for updates. Well, news came that her daughter survived her surgery. Plus, if you like looking at hospital corridors, you can go over there and see nothing much at all. So, far mom’s not spilling on what type of surgery she underwent. Speculation on social media involves a gastric sleeve or a boob job.

Speculation about the surgery that Tiffany Franco Smith went for included the following comments:

Meanwhile, other fans think that bad-decision-making Tiffany must earn a lot from her episodes on TLC if it involved cosmetic surgery. After all, she complained that Ronald only works as a temporary motorcycle mechanic.

Remember to check back with us often for updates on the mysterious surgery that Tiffany Franco Smith underwent.