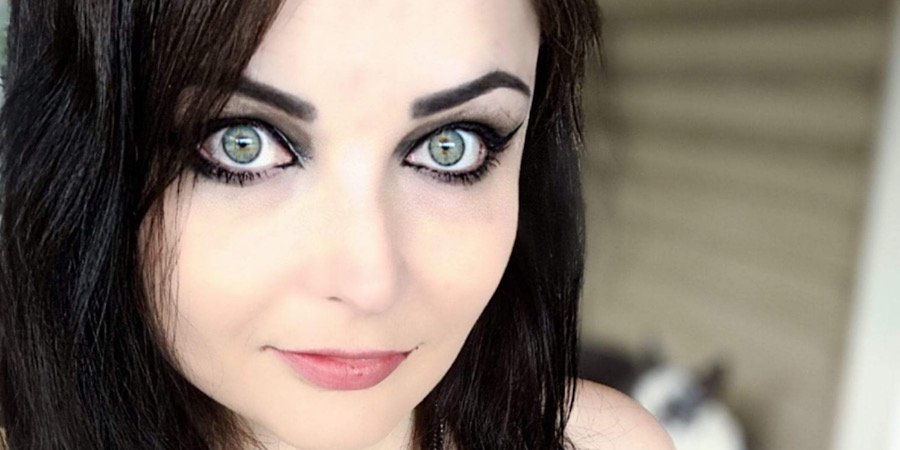 Jennie Lou Dschaak still has so much to share about her life with Seeking Sister Wife star Sidian Jones. Part one of her exclusive interview with TV Shows Ace barely scratched the surface. The artist and mother of two explained how she met Jones when she was just eighteen. She also discussed how her ex used coercive control for much of their decade-long relationship. It was far from healthy but the tactic worked well. As the interview concludes, Dschaak, now 33, addresses her alleged drug use. She also discusses her mental health diagnosis and how Tosha actually came into the family. Finally, she gives an update on where she is in her life.

Jennie makes it extremely clear that any prescription drugs she has ever taken were given to her by a doctor. She often did not like the way they would make her feel so they would begin to pile up. It would be a few months of benzos or alcohol. But, she was never a hardcore drug addict in any capacity of the word. However, meth has been brought up and she took the time to address that. There was a point she felt so low, it was the only substance that was above ground. It was on and off for around three months and then it was over.

During her time with Sidian, Jennie got a stable job and was making decent money. Then, the start-up he was working for was acquired by Apple. This gave him a 100K payout so he began a vape company. Sid had Jennie quit her well-paying gig to help him run his company. He did not want it to fail and felt she was better suited there anyway. Unfortunately, he never paid her for her time so she did not have the funds to buy supplies for the house.

That’s when she found herself shoplifting, mainly to support their two children. She admits it started out of necessity, then because she could. If she was on her benzos, it just made her a sloppy shoplifter and she really did not care what happened. She takes responsibility for her shoplifting arrest, even if she was under the influence.

So, when does Tosha come into play? How about now.

Unlike some other articles, Jennie and Tosha did not work together at Sidian’s business. Rather, Sidian and Tosha met when they were working together, as they claimed on Seeking Sister Wife. Jennie was running Sid’s business at home and had no interest in a sister wife. Polygamy was of no interest to her at all. She did not feel she even needed to be brought into the show. It was all to create a certain lifestyle Tosha and Sidian wanted to portray that was not exactly true.

The break Tosha claimed she took from the couple so they could figure everything out was not exactly that. She apparently skipped out on three months rent. When she returned, it was pre-plotted to help run Jennie from the home. This left her bouncing around, almost aimlessly. As for custody of the children, she and Sidian never had a clear custody agreement. They never went to a judge or took it to court. Now, things have changed.

Last year, the pandemic threw everyone for a loop and Jennie was not exempt. She lost everything. The show started to film but she had no idea what it was about. She did not even know she would be a side character or that her kids would be featured. Custody had become erratic and a year later, Jennie’s life would go on display.

Jennie does have PTSD from long-term abuse. Though some may say she is bi-polar, the two can mimic one another. She was taken aback to learn Sidian had moved from Idaho to Oregon. Actively, she wants to try and gain some custody back. It is hard without the funding which was why she started the GoFundMe page. She says she is thinking of taking it down. Also, her art is worth noting as she is a freelance graphic artist.

Jennie is also working with her fiance, Graham on rebranding his fifteen-year-old growth and marketing business. She won’t judge Tosha and Sidian’s relationship. All she wants is to be heard and a chance for people to see her beyond the headlines. She just wants to be able to be that true mom again.

You can view Jennie’s work here.