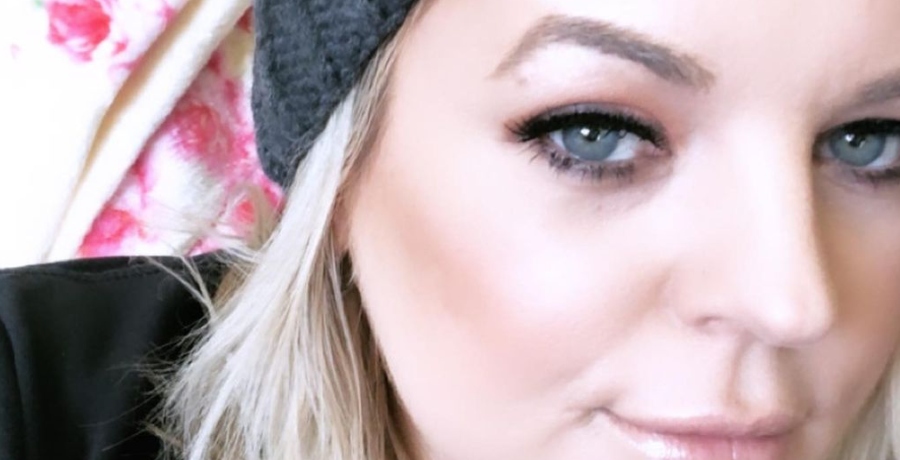 Earlier this month, General Hospital star Kirsten Storms revealed she had gone through brain surgery. She is still recovering, but on Wednesday, she shared an update that her fans will not want to miss.

In a series of Instagram stories late Tuesday evening, Kirsten detailed the latest with her General Hospital fans. She explained she could not wash her hair since her surgery to ensure the incision stayed dry. “So, please don’t judge my so dirty top knot. Oh my gosh, it’s driving me insane,” she told everybody.

Luckily, Kirsten was finally going to wash her hair on Wednesday, and she noted she was “so excited.” She got her stitches out on Tuesday, so now there’s less concern about that incision area. The General Hospital star admitted that getting the stitches out hurt more than she expected though. She is still experiencing some pain in the mornings and sleeps sitting up at night, something she’s not thrilled about doing.

Doing Better Than She Expected

Despite the ongoing pain and pressure she’s feeling, Kirsten assured General Hospital fans that “overall, I’m doing pretty good. Way better than I expected I was gonna feel, I truly thought I was going to be in bed for weeks,” she detailed. She also explained she’s feeling much better in terms of the symptoms she had been experiencing prior to the surgery, which meant she was frequently having severe headaches and feeling a lot of pressure. She says what she’s feeling now is well worth it for how much better she’s doing overall.

Kirsten had previously acknowledged that she had part of her hair shaved off for the surgery. Until now, she had not shown her General Hospital fans the incision or shaved area yet. However, she decided to poll everybody to see if they wanted to see it now or not. She worried it would gross people out if she posted it, so up to this point, she’d held off.

The ‘General Hospital’ Star Gave Fans What They Wanted

It turned out people overwhelmingly were curious to see it. In fact, about 12 hours after she’d initially posted the poll, 94% of those answering picked the “Yes, Duh” choice in response to “Should I post a picture of the back of my head?” Wednesday morning, Kirsten gave her General Hospital fans what they wanted.

The General Hospital star uploaded a photo to her Instagram page from about a week ago. The snapshot showed the shaved area on Kirsten’s scalp along with the long vertical incision and row of stitches. She promised to get a current photo to share once she had someone who could snap it for her.

Kirsten has said she will return to work as soon as she can, although that may take a little while yet. General Hospital fans are thrilled to see Kirsten is doing so well in her recovery.