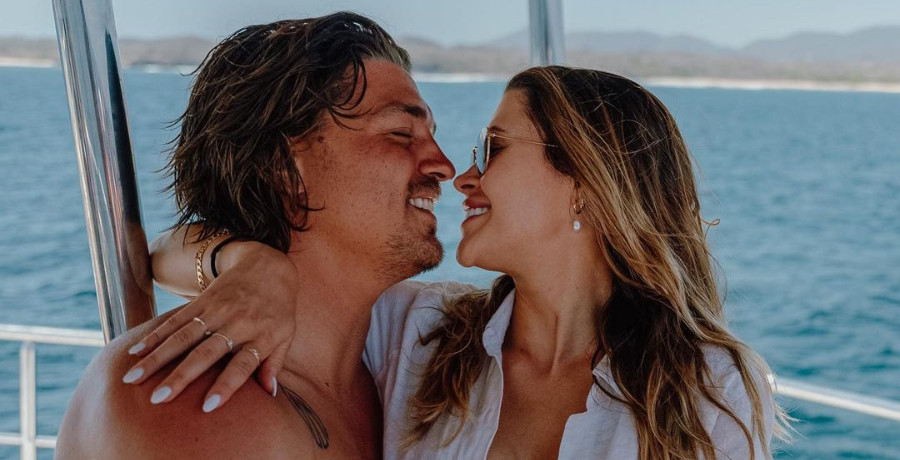 Dean Unglert can’t seem to d anything wrong these days when it comes to Bachelor in Paradise fans. After he broke up with Caelynn Miller-Keyes on her birthday, fans felt upset. However, he returned and the rest is history. Deeply in love, they look like a major ABC franchise success. Of course, when they brought in their rescue dog Pappy, fans loved them even more. Now that he quoted some lovely lyrics, some fans think he’s the best thing since apple sauce.

On June 15, a post on Instagram reminded BiP fans that it’s Caelynn’s birthday. In his post, he quoted some lyrics and it seemed very beautiful, fans agreed. He shared a photo of them together and tagged it as Yosemite National Park. Well, fans know that he loves the place. When he started recovering from his skiing accident, he went there with Caelynn and their adopted pup, Pappy. Still hobbling along as his leg and hip healed, he seemed so happy to be back in the wilderness. ABC fans know the couple really enjoy getting outdoors.

Actually, in the comments on the same post, some fans asked if Dean Unglert and Caelynn became engaged. In a reply that was later removed, she said they already are. So, fans wondered if that happened in Yosemite National Park. Later, it emerged that they actually exchanged commitment vows, which Dean thinks is the same thing. It looks like they visit the place at the moment, so it might be a recent photo. Perhaps they went there as a treat to celebrate Caelynn’s 26th birthday. In his caption, he dedicated some lyrics to her.

Dean Unglert shared a photo of himself walking hand in hand with Cealynn amongst the mountains. Changing the words slightly, he took bits and pieces of the Avett Brothers’ song, “I Wish I Was.” He wrote, “she’s not a song, she’s not a sweater, she’s not a fire, she’s something better. she’s 26! happy bday to my sweet lil furby.” Well, BiP fans went crazy over it.

One fan said to Dean Unglert, “DEAN I CANNOT WITH THE AVETT BROTHER LYRICS 😍😍😍😍😍.” Then, another one wrote, “Absolutely living for the Avett brothers quote.” More comments came in like this one: “Pulling the Avett Bros made me love you two that much more. ❤️”

Meanwhile, another fan wrote, “Okay the fact that you just quoted Avett Brothers makes you the coolest person on the planet.”

What are your thoughts on the beautiful way he used the quote for Caelynn Miller-Keyes on her birthday? Sound off in the comments below.

Remember to check back with us often for more news and updates about BiP alums Dean Unglert and Caelynn Miller-Keyes.