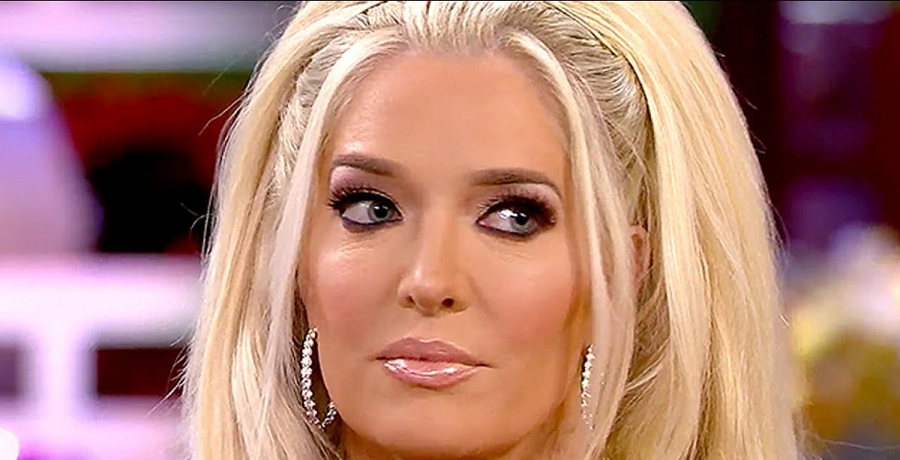 A California senator is watching Erika Jayne and Tom Girardi closely. On Monday, June 14, The Housewife and the Hustler dropped on Hulu. People are buzzing about this documentary surrounding the troubled couple. The former lawyer has plenty to say.

Earlier this week, RHOBH fans sounded off on the ABC News original. The program gave a closer look into the couple’s lavish lifestyles. Allegedly, Thomas Girardi and his Girardi & Keese law firm used the settlement money to financially support his wife. Currently, the not-so dynamic duo is in the midst of an ongoing embezzlement case.

On Tuesday, June 15, California senator Tom Umberg took to Twitter to share his thoughts on The Hustler and the Housewife. He made it clear that he’s “embarrassed” by the couple. He feels that there is an issue with the legal profession. Umberg did not hold back on his feelings about Girardi’s profession.

“I’m not mincing words: this is an embarrassment to the entire legal profession,” Umberg wrote. “The bigger question is whether similar failures have occurred elsewhere. Tune in to more of my comments on this subject on @ABC @Nightline tonight!”

I'm not mincing words: this is an embarrassment to the entire legal profession. The bigger question is whether similar failures have occurred elsewhere.

Tune in to more of my comments on this subject on @ABC @Nightline tonight!https://t.co/yHyR9D2Fy2

Interestingly enough, Kimberly Archie Umberg for speaking his peace. She previously worked as a legal consultant at Girardi Keese, the same firm that made Thomas Girardi famous. It’s also the same law firm that was made famous in the blockbuster film, Erin Brockovich. Archie took to her own Twitter profile to share a clip of the Hulu documentary.

She also shared Umberg’s tweet to her profile. As a former employee, Archie has actively followed Erika Jayne and Tom Girardi’s embezzlement case on social media. She shared the news that Jayne’s lawyers dropped her as a client. Archie has also shared her support for the victims of the scorned couple.

Earlier this month, the State Bar of California acknowledged that its investigators didn’t handle the complaints against Erika Jayne and Thomas Girardi. This came after an article in Times published in March revealed that Girardi kept his law license despite numerous complaints against him at the State Bar. There were over 100 lawsuits against him and his law firm, most of them revealing misappropriation of funds.

The State Bar rarely speaks out on its investigations. Their statement came as a shock to the general public. Girardi shook up the legal world by treating his settlement cases like a Ponzi scheme. Some critics argue that the State Bar needs to do more with Girardi’s case.

“We are going to have to dig deeper,” Senator Umberg told The Los Angeles Times.

Currently, the State Bar wants to disbar Girardi. Earlier this year, he was diagnosed with Alzheimer’s disease. His younger brother will act as his conservator. As a result, Girardi will not work in law again and will not argue the proceedings.