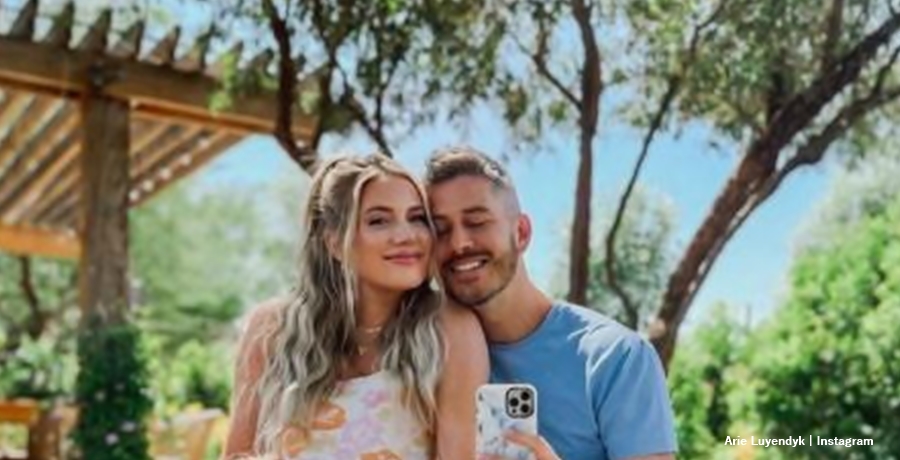 Lauren Burnham and Arie Luyendyk welcomed their twins on June 12. Arie told fans on social media that the babies and his wife were doing just fine. However, only late on Monday, June 14, did they release the first photo of the new additions. Of course, Bachelor Nation fans rejoiced as they sat on tenterhooks waiting for the photos. One of the first people who responded was Jade Roper, also a mom from the franchise.

When the proud dad shared the photo of the twins, he sweetly praised his wife. His message read, “Never been prouder of my wife than in this moment. She is the strongest woman I know and I’m lucky to be on this incredible journey with her. We are proud parents of a healthy boy and girl!” Well, now they have a family of five, and fans adored the photo. Recall, the news that they expected twins came back in late December. Ar the time, Lauren said one of them seemed way more active than the other, so fans already suspected a boy and girl ahead of the gender reveal.

Last week, the news came that the babies arrived for Lauren Burnham and Arie. Prior to that, they updated Bachelor Nation fans at 36 weeks. Of course, fans know that Lauren suffered a miscarriage last year and both of them struggled with that. Mom Lauren and Arie went through a difficult time following their loss. So, twins seemed like a bonus for them. Plus, Arie said that he loved the idea of at least one boy. They already have their 2-year-old daughter, Alessi.

Many fans reacted to the first photo

Lauren Burnham and Arie Luyendyk, already popular with fans, found many of them just itching for the first pictures. In the comments section, Chris Harrison, the former host of the Bachelor franchise wrote, “Beautiful double trouble. Congratulations my friend.” Meanwhile, Jade Roper sent in her comment which read, “So happy for your family! They are absolutely perfect.” The post received nearly 2,000 comments and close to 100k views in a matter of hours.

Hundreds of comments congratulated the couple and others gushed over the sweet photo of Lauren Burnham and Arie Luyendyk’s little ones. Here’s what some of them said:

Congratulations you guys!! Can’t wait to learn more about them!❤️🥳🥳🥂.

They’re beautiful! She did amazing, keeping the babies in so long, great weights and healthy littles! Precious! Congratulations!

Congratulations to all of you! I’ve been checking in frequently to see if they were here! What gorgeous babies! ♥️♥️♥️♥️

So beautiful! I’m so happy everyone is doing well, this is a tear jerker! Congratulations! ❤️🙏🏼🦋”

Hopefully, as the days go by, ABC fans see many more photos of Lauren Burnham and Arie Luyendyk with their lovely twins.

Remember to check back with us often as we’ll keep you updated on the family.