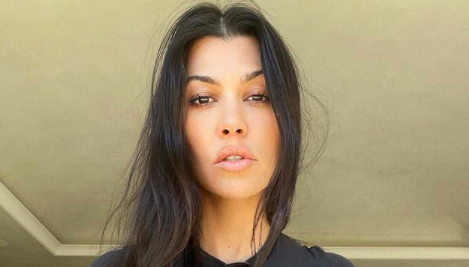 Keeping up with the Kardashians may have ended, but there is still one more episode for fans to look forward to. During the reunion, it looks like things are going to get pretty heated between Khloe Kardashian and Kourtney Kardashian.

This week there will be a Keeping up with the Kardashians reunion to mark the official end of the show. The whole concept is a bit funny considering they are family so they really don’t need a reunion. However, it will be a nice way for fans to see the thinking behind all the episodes.

One thing that’s getting brought up? Kourtney Kardashian’s boyfriends E! News reveals. Fans notice that they are never on the show – no matter who she is dating. The only boyfriend that has been on the show is Scott Disick and they broke up a long time ago.

Khloe actually calls Kourtney out for this. Khloe feels that she and Kim share all their lives, while Kourtney gets to hold back.

“There’s been times that I think that was maybe what I was going through, because you could also say Kourtney and Scott [Disick] at the beginning, it was so much was about them but maybe there wasn’t as much going on in other peoples’ lives,” Khloe says. “Kim and I have had this conversation really openly. It’s that we feel like we give so much and maybe others aren’t holding up their end of the deal too.”

This is a great point. Kourtney was a huge focus at the start of the show. However, if no one else had anything exciting going on, that’s just the way it had to be.

When it comes to Kourtney’s love life, Khloe reports no one is even allowed to say anything about it at all.

“We weren’t even allowed to talk about it,” Khloe says. “We’re not saying to put him on, but Kourtney wouldn’t even let us mention him.”

Meanwhile, Khloe had to talk about Tristan Thompson cheating on her while on the show.

This all comes after Andy Cohen asks if Khloe thinks the whole family opens up on screen. Obviously, this has been an issue before and was the reason Kourtney decided to step back a bit from the show for a while. Though, in the final season, she was there a lot.

Do you think it’s fair that Kourtney Kardashian doesn’t share as much of her life on the show? Let us know in the comments below. Come back to TV Shows Ace for more news on all your favorite Kardashian family members.

Did Duggar Cousin Amy King Take ANOTHER Dig At Josh Recently?
‘LPBW’: Zach & Tori Roloff Celebrate Anniversary Without Their Children
‘Y&R Spoilers : Who Kidnapped Mariah Copeland And Where Is She?
New Photo Has Fans Concerned About Amy Halterman’s Weight Gain
Lifetime’s Thriller ‘Murder On Maple Drive’ Is About ‘Murder House’