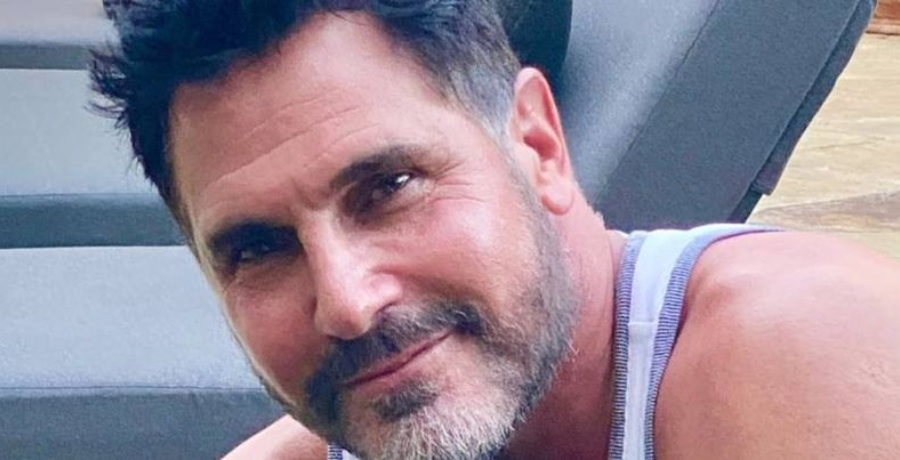 The Bold and the Beautiful star Don Diamont had to file a restraining order against a stalker. The Los Angeles County Superior Court granted the actor a temporary restraining order against an unwanted man who showed up at the actor’s home. The man allegedly harrassed the actor and his family for several months. Unfortunately, the situation escalated and police had to intervene.

It got so bad that Diamont had to request a temporary restraining order from the Los Angeles judge. This situation sounds like something out of a daytime soap opera, but it’s not fantasy, nor is it a joke. Fans are seriously concerned for the actor and his family.

Don Diamont and his family are targets of harassment

On Tuesday, June 15, TMZ obtained court documents that showed Don Diamont filed a temporary restraining order. The 37-year-old man, identified as Quincy Adams, harrassed Diamont and his family for several months. He created a YouTube account to spread claims that Diamont “was a Satanist and responsible for COVID, 9/11, and the Iraq war.” Adams claims that he’s connected to Diamont.

While this bizarre story sounds like a work of fiction, it’s not entertaining. Adams found Diamont’s address and reached out to his family members. The situation escalated when the alleged stalker showed up at their gated property on Wednesday, June 2. Diamont’s wife, Cindy Ambuehl, was at home at the time of the incident.

Understandably, the B&B star was fed up with the scary situation. He filed for a restraining order, which the judge granted. Hopefully, this frightening situation will end for Diamont and his family. Diamont deals enough drama on the CBS daytime soap, The Bold and the Beautiful.

This seems to be the week for stalkers in Los Angeles. TV Shows Ace previously reported that another alleged stalker showed up at Kylie Jenner’s Los Angeles property in an effort to woo her. Her older sister, Kim Kardashian, has also been dealing with her share of drama with another stalker.

Bold and the Beautiful star dealing with a nightmare

Don Diamont is dealing with a nightmare situation in his waking life. Meanwhile, his character Bill Spencer on The Bold and the Beautiful is experiencing flashbacks since the night of Vinny Walker’s hit-and-run. His son Liam Spencer (Scott Clifton) was behind the wheel when he accidentally ran him down. Vinny was just leaving jail and returning home.

Liam was not drinking and he wasn’t speeding. He passed out behind the wheel in shock. That’s when Bill took over and left the scene of the accident. He left Vinny to die on the road alone. The father took his unconscious son into the vehicle and drove away.

Liam has since confessed to the police department that he is the one who killed Vinny. Still, Bill made a mess of things by trying to protect his son. However, Liam’s chances of leaving jail are much higher than Bill’s chances of getting off easy. Meanwhile, fans are wondering if Don will leave the show because of this disastrous story.

Check back with TV Shows Ace for more news and updates on Don Diamont.

’90 Day Fiance’ Loren Brovarnik Gives EXCITING Pregnancy Update
Anna Duggar Reportedly Stays With Josh At Guardians’ Home Most Nights
‘Days Of Our Lives’ EXCITING Comings & Goings: Johnny DiMera All Grown Up – Rex Brady Back
Savannah Chrisley Comes Unhinged In Angry Rant, Why Is She So Upset?
Dogs Only? Adam Busby Reveals Why His Girls Don’t Have A Cat