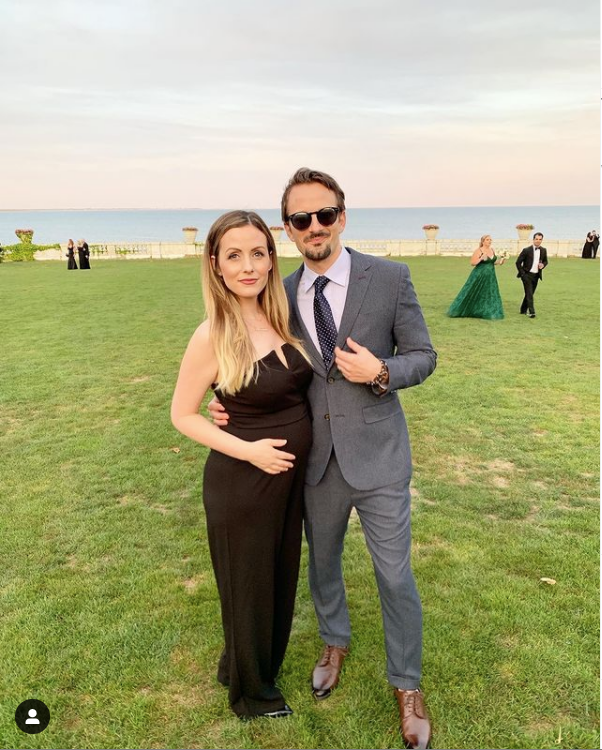 It seems Carly Waddell is in pretty bad shape following an emergency Monday. Carly’s soon-to-be ex-husband, Evan Bass, shared the news on his Instagram Stories. The two have been separated but working on remaining on good terms for co-parenting their two children. So, what’s going on with Carly and is she still in the hospital?

What’s going on with Carly Waddell?

The Bachelor in Paradise alum Evan Bass went to his Instagram Story to share a photo of Carly Waddell lying in a hospital bed. He captioned the photo saying it was Carly’s first ambulance ride. He also mentioned that she is going to be okay. Then, he also said it brings back a lot of memories. Of course, he’s referring to when he and Carly were in Paradise and he was rushed to the hospital.

Evan later followed up with another Instagram story that said he and Carly were finally heading home after being at the hospital for nine hours. He also said she was still in really rough shape and may have to go back to the hospital again. Evan said they appreciate the thoughts and prayers. He went on to say Carly knows she is loved.

Evan continued,  “I know y’all wanna know what’s going on but it’s her health and story to tell if she wants to share. (I did get her permission to share photo from earlier so you can relax Jan from Wisconsin.) In all the madness, she lost her phone and really needs to rest so it might be a bit.”

Since last night there have been no new updates on Carly. 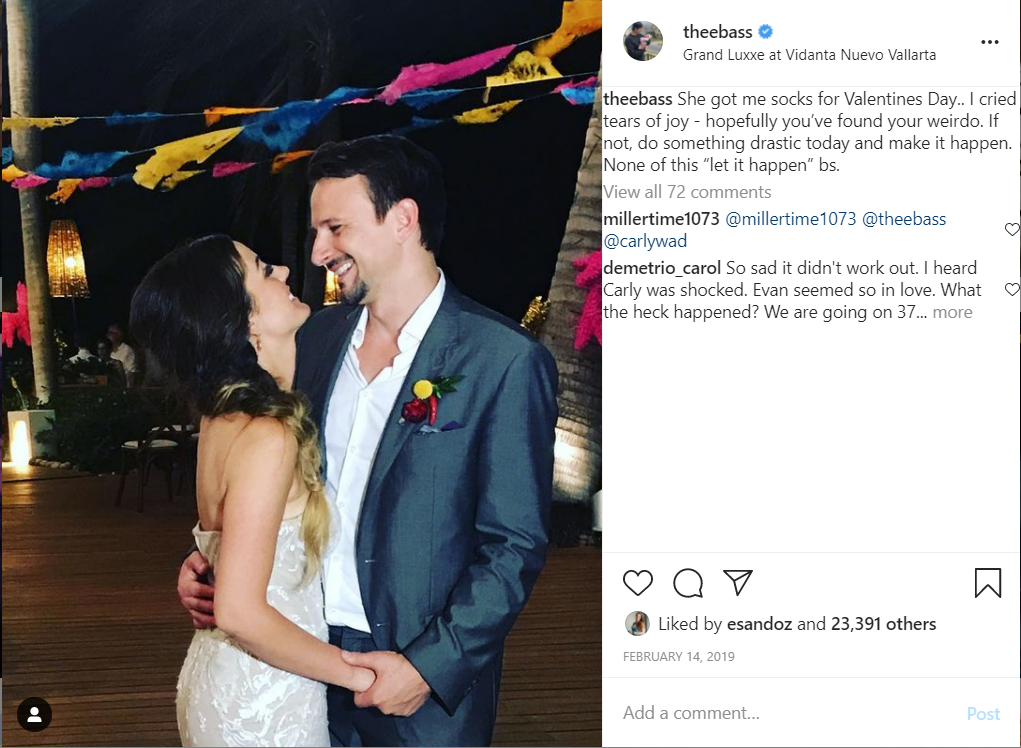 The news of Carly’s emergency comes a few days after Evan did an Instagram Q&A. Throughout the questions fans continued to ask about what went wrong with Carly. He never said too much. However, he did continually defend her as people spelled her name wrong. It’s obvious Evan still cares for his ex. 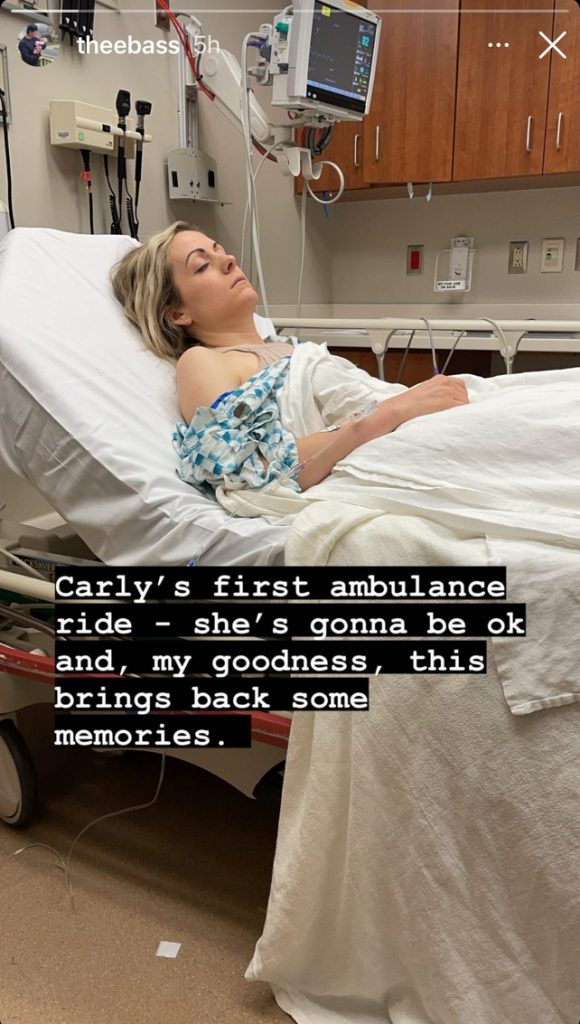 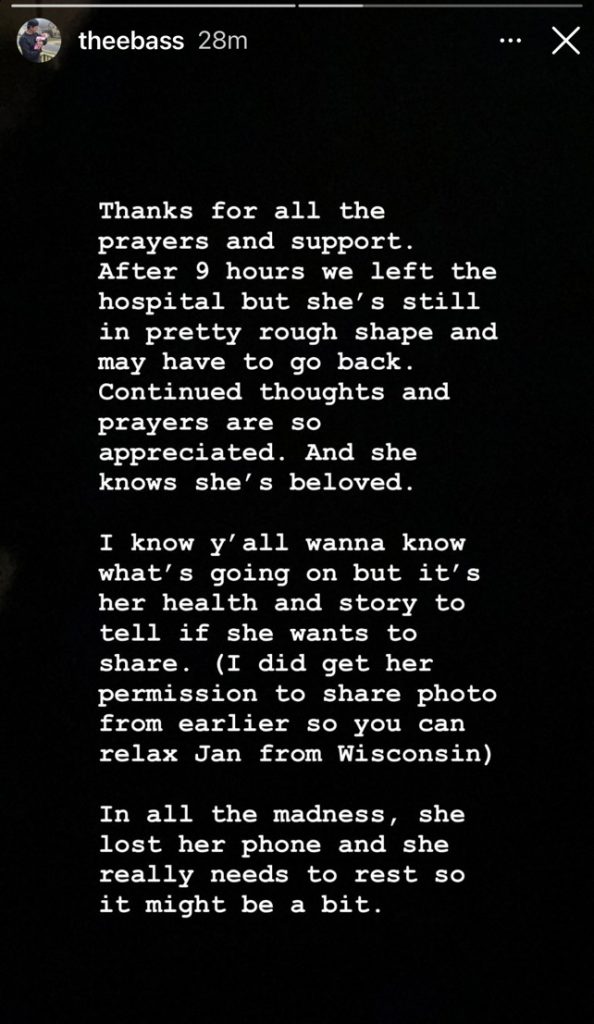 The couple announced their split in December 2020. They were married three years and have two children together, Charlie and Bella. The details surrounding their split have been confusing to fans. Evan’s first ex-wife spoke out in the past about Carly and Evan adding even more confusion to their decision to split.

Fans are continuing to send well wishes to Carly. Many are still hoping these two can reconnect and make things work. Could Carly’s ambulance ride be the start of a reconciliation? Time will tell.

Stay tuned for more updates on Carly and Evan.

‘General Hospital’ Spoilers: Another Recast Shakeup First Spencer Now Avery?
‘When Calls The Heart’ Season 9 Has Started Filming: All The Details
‘Young And The Restless’ Kyle And Summer Get Their Happy Ending?
Kaitlyn Bristowe Is ‘Lonely, Emotional’ & Here’s Why
‘I Love A Mama’s Boy’ Spoilers: CRAZY Season Premiere Sneak Peek