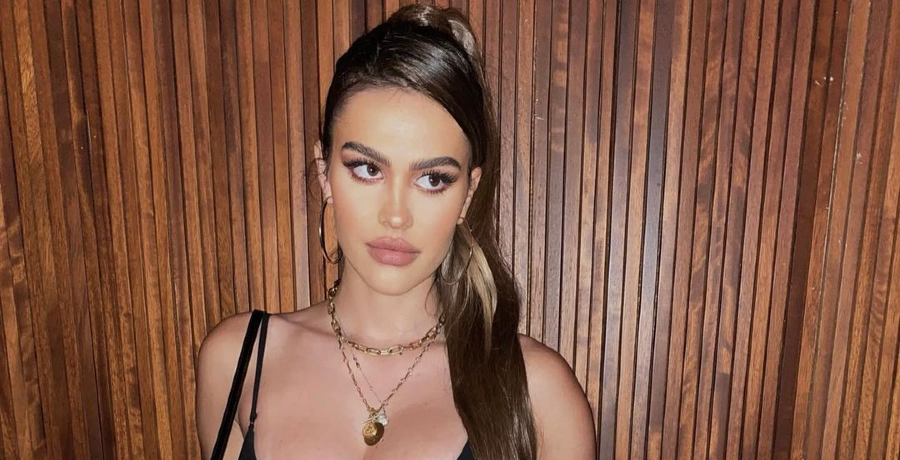 Amelia Hamlin shocked fans with her latest clip. The supermodel took to her Instagram Stories to show off her look on the heels of her 20th birthday. It’s obvious that she’s Lisa Rinna and Harry Hamlin’s daughter. Amelia bared a striking resemblance to her mom who’s known for her signature pout.

Rinna made a killing off her new brand, Rinna Beauty. She debuted her lip kits on Black Friday 2020. Since then, Rinna’s brand continues to grow. It looks like her affinity for big lips has rubbed off on her daughter. Amelia’s social media video has some wondering if she’s gone under the knife.

On Monday, June 14, Amelia Hamlin took to her Instagram Stories to share a new clip. In the video, she made a brief appearance. Don’t blink — or you’ll miss it! Otherwise, scroll down to see Amelia’s latest look. She bared a striking resemblance to her famous mom Lisa Rinna, who’s known for her big lips.

Like mother, like daughter. Amelia showed off her pout, which she adorned with mauve lip color. She also showed off her contoured and bronzed face, which was finished off with groomed eyebrows, blush cheekbones, and nude eyeshadow. Harry Hamlin’s daughter also wore an olive green sweater that showed off her cleavage. She finished off her look with a green and white baseball cap and a cross pendant.

“We love a boat day,” Amelia wrote in the caption. Then she panned the camera to show the beautiful blue waters ahead of her. She’s ringing in her milestone birthday in Miami with her boyfriend Scott Disick. The two have been linked since Halloween 2020.

On Saturday, leading up to the hours before her 20th birthday, Amelia celebrated her big day with the 38-year-old dad of two as well as a group of friends. The model continues to share photos and clips from her special weekend. Amelia couldn’t wait to celebrate her birthday with the much older man. Of course, she made sure to go all out with a super-sexy outfit.

On Monday, Amelia Hamlin took to her Instagram feed to share a carousel of photos. She showed off her birthday outfit, which left little to the imagination. Amelia wore a gold crop top with a matching miniskirt. You can also see her nude bra and matching thong underneath her skimpy outfit.

In the last post, Amelia looked emotional as she celebrated her birthday. She captioned the post: “the best birthday a girl could ask for 🥺.” Rinna added: “🎂🎂🎂🎂✨✨✨✨❣️❣️❣️” in the comments section. Some fans took to Rinna’s comment to argue whether Amelia looks like Harry or more like her mom.

One user joked that Rinna is “the one giving the 👽 face procedures example! @ameliagray already looks like an Alien and she is only 20 🤦🏻‍♀️🤦🏻‍♀️🤦🏻‍♀️🤦🏻‍♀️🤦🏻‍♀️! Horrible example!!” Despite the negative comments, Amelia received birthday wishes from her friends, including her RHOBH co-star Dorit Kemsley.

Check back with TV Shows Ace for more news on Amelia Hamlin.