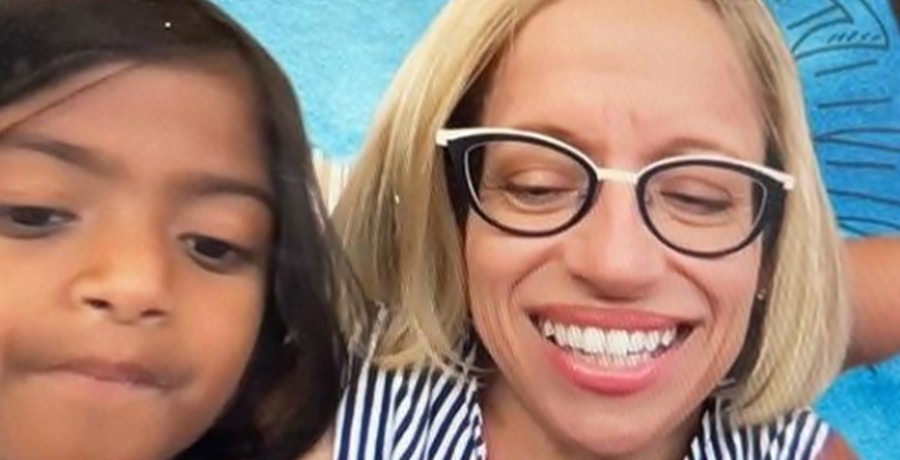 Zoey Klein and her brother, Will found a lot of fans on TLC. The cute kids who feature on The Little Couple don’t appear on the network at the moment. Probably, that’s because of the coronavirus. However, their mom and dad, Jen Arnold and Bill Klein update fans on social media regularly. This weekend, Dr. Jen shared a small clip that revealed their daughter swimming like a fish.

TLC fans once saw that Will and his sister visited with Dr. Jen’s family. The Little Couple showed that she saw some horses on the family farm. She instantly fell in love with the animals. Since then, her mom revealed that her favorite animals are horses. More recently in another post, it becomes obvious that she enjoys the stables during summer. Her mom told fans that she found her passion. However, there’s another passion. Fans also saw that come out in another season on the TLC show.

Back in 2019, in Season 14, Zoey Klein featured in the finale at a swimming pool. She and Will went swimming with the mermaids. Well, Zoey simply loved it. At the time, she struggled a bit with going down under the water. Luckily, her guide watched over her. Older now, it seems that she became very skilled as a swimmer. Actually, it helps a lot that there’s a pool in the yard at home. Often, The Little Couple fans see Will and his sister playing around in it.

Zoey Klein went for swimming lessons, which is just as well if young kids enjoy a pool at home.  This weekend, Dr. Jen Arnold shared a clip of her daughter swimming. In her caption, she wrote, “Sometimes I think she’d rather be a mermaid 🧜‍♀️.” Well, judging by the way she swam, she certainly seems fully capable of going underwater by herself now. In fact, it looks like she developed some excellent skills in the water.

One fan commented about Zoey Klein swimming so well. They wrote, “Omg, I remember when she first started swimming lessons.” Then another fan noted, “So adorable! I wish I could swim half as well as she does 😍.” Who knows, maybe The Little Couple fans see Zoey trying out for the Olympic team one day!

What do you think about little Zoey looking like a fish in the water? Do you agree she makes for a beautiful little mermaid? Will she become a professional swimmer one day? Sound off in the comments below.

Remember to check back with us often for more news and updates about Zoey Klein from TLC’s The Little Couple.