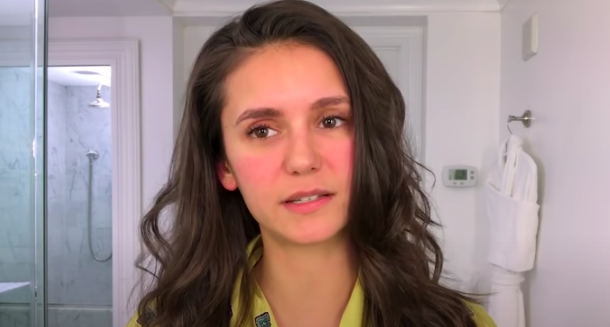 Vampire Diaries star, Nina Dobrev, made it her goal to break the internet. It worked! Nina posted a photo on Instagram that has got Vampire Diaries fans going crazy.

Vampire Diaries may have ended in 2017, but it still holds a loyal fanbase. Not to mention the growth since The Originals and Legacies has aired.

On Instagram, Nina Dobrev – who played the main character Elena Gilbert, announced that she wants to break the internet on her story.

At that point, Nina pans over to reveal she is sitting with none other than Kat Graham. TVD fans know that Kat plays Elena’s on-screen BFF, Bonnie. Bonnie is a beloved witch on the show that has grown her own, massive, following.

“I love you so much,” Kat says when the camera pans to her.

Both girls giggle knowing what they have just done.

That’s actually not all Nina did to “break the internet” though. She also posted a photo with Kat on her profile. The pair took a selfie and no surprise – they look absolutely amazing.

Fans were quick to jump in too and express their feeling about the photo. They all seem so excited to see Nina and Kat back together. After all, they haven’t been on screen together in years. Not to mention, it was their friendship that changed the entire final season of the show.

Otherwise, Nina’s Instagram seems to be pretty standard. She seems to be living her best life and posting about all her adventures – looking great every time of course. So, it’s pretty shocking to see her with Kat Graham. It does indeed appear that she broke the internet! Hopefully, there will be an Elena – Damon reunion soon too.

Are you excited to see Nina Dobrev and Kat Graham back together? Who was your favorite character on the show? Let us know in the comments below. Come back to TV Shows Ace for more news on all of your favorite TV stars.