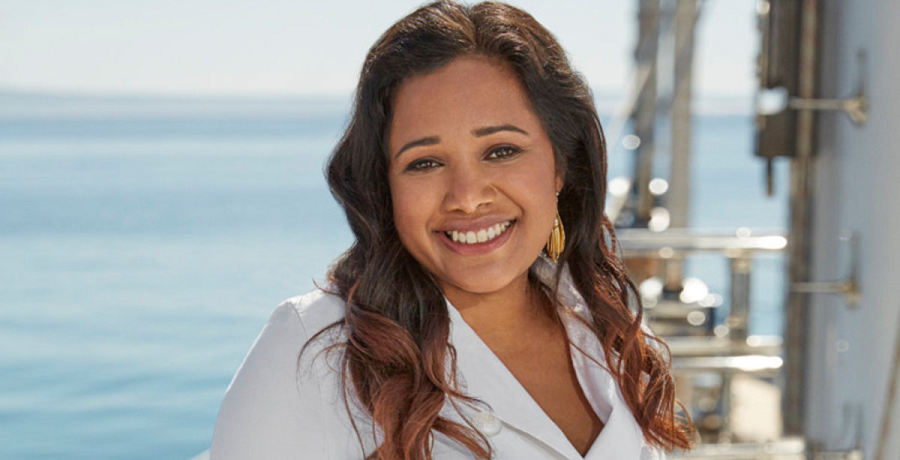 Below Deck Sailing Yacht star Chef Natasha de Bourg regrets one thing she did. She shocked the crew when she revealed something that she kept close to her heart. As fans know, she’s been quarreling a lot with chief stew Daisy Kelliher. Natasha received criticism for the way she handled her job and for fighting with Daisy.

Recently, she received criticism for befriending some of the season’s worst charter guests. She became friends with both Erica Rose and Barrie Drewitt-Barlow. Fans scratched their heads when they saw Natasha associating with them after the charter season ended. On tonight’s season finale, she shared something surprising with the crew.

In a preview clip for Below Deck Sailing Yacht Season 2, the crew gathered for their last dinner of the charter season. This dinner was a special one since they will be leaving the yacht the following day. Natasha set aside her ego to admit some of her wrongdoings. She shared her regret with the crew.

“So I’m gonna get on all my pride aside, which I don’t usually do,” Natasha said in the preview clip on BravoTV.

The chef took a breath because she felt overcome with emotion. She admits that she regrets feuding with Daisy. Natasha knows that she and Daisy could “rock a boat” if they worked together again.

“I know at the beginning of the season everyone’s bet was that they could see Daisy and I fight,” Natasha explained. “You can’t turn back time but I regret shutting her down. And its’ not like my intention that I ever wanted to do to her. So that was my low and I just realized that we could work together to make the charters so much better because we have so much in common.”

Daisy agreed with Natasha. So far, she didn’t say anything else, any further. She just let Natasha speak her peace. The two had many rows while working together in the galley.

In her interview, Natasha de Bourg talked about her regret. She said that when she watched this season of Below Deck Sailing Yacht, she noted her “defensiveness” was what led to her fights with Daisy. Now, Natasha feels confident that she can work with Daisy. She thinks they have a better understanding of each other’s work styles.

“It’s a chef thing but it don’t have to be a human thing,” Natasha said. “And for me, I’m leaving here with a team that I think will leave something in my heart that I will remember for the rest of my life.”

The crew is humbled by Natasha’s words. Earlier this season, Natasha and Daisy made it clear that they’re on better terms. They’ve now become good friends since leaving the boat. Fans had no idea that their season together would end amicably between the two. The Below Deck Sailing Yacht Season 2 finale is on Monday, June 14 at 9:00 p.m. ET on Bravo.