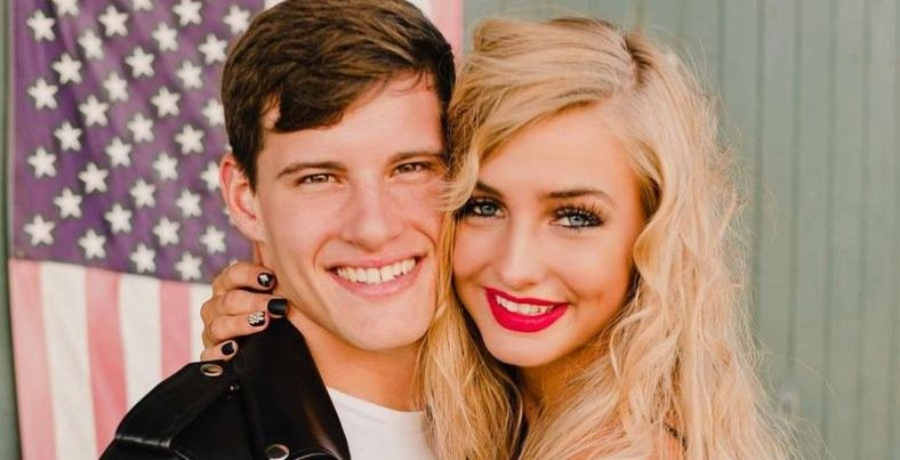 Welcome to Plathville star Moriah Plath posted a kissing bikini photo with Max. On the show, she was in the race to have a boyfriend and a new life outside of her small town. At first, Moriah and her boyfriend Max Kallschmidt briefly split. The couple has since reunited and they are happier than ever.

Moriah learned a new trick with her new beau. The two did watersports over the weekend. But it wasn’t the water trick that she learned. The TLC star learned something else while she was on the water with her tall boyfriend by her side. Moriah took to social media to share the clever trick with her followers.

On Sunday, June 13, Moriah Plath took to Instagram to post a series of photos. She shared a photo of herself wearing a pink bikini. She hung out with her boyfriend Max and their friends by the water. The couple couldn’t stop kissing whether they were on land or in the water.

That’s when Moriah learned an interesting trick. In her Instagram post, the television personality told fans that she and Max were able to “kiss while kneeboarding.” They tried the provocative move while on the water. Moriah also said that she had a great time with Max and his family near the river.

Fans fell in love with Moriah’s post. They thought it was a cute case of summer love. Most fans said that they look cute together. One user said that Moriah looked “so fresh-faced in the seventh photo.” Certainly, love looks good on her these days as it looks like she’s found the one.

TV Shows Ace previously reported that Moriah Plath stirred the engagement rumors. She shared an innocent video of herself with her cat. Moriah admitted in the TikTok video that she “never was a cat person.” However, some fans were noticing more than just her new furry friend.

They wondered if she’s engaged. When Moriah reshared the TikTok video on Instagram, some noticed that she was wearing a ring on her wedding finger. Some of them couldn’t help but ask Moriah if she’s wearing an engagement ring. However, Moriah didn’t respond to the questions.

It’s also unclear what finger she’s wearing it on. If the video was recorded via the TikTok video app, it’s hard to tell. Regardless, Moriah sure looks happy these days with Max by her side. The two continue to steam up social media with their adoring photos and flirtatious banter.

Check back with TV Shows Ace for more news and updates about the Plath family.

Wait, What?! Matt James & Rachael Kirkconnell Left ‘After The Final Rose’ Together?!
JoJo Fletcher Starting To Plan Wedding To Jordan Rodgers Again With Besties Help
2 Other ‘RHOBH’ Stars Are Dealing With Their Own Legal Drama
Downward Spiral?! TLC Fans Worry Tammy Slaton Might Be Suicidal
Audrey Roloff Reveals Why She Kept Her Pregnancy A Secret