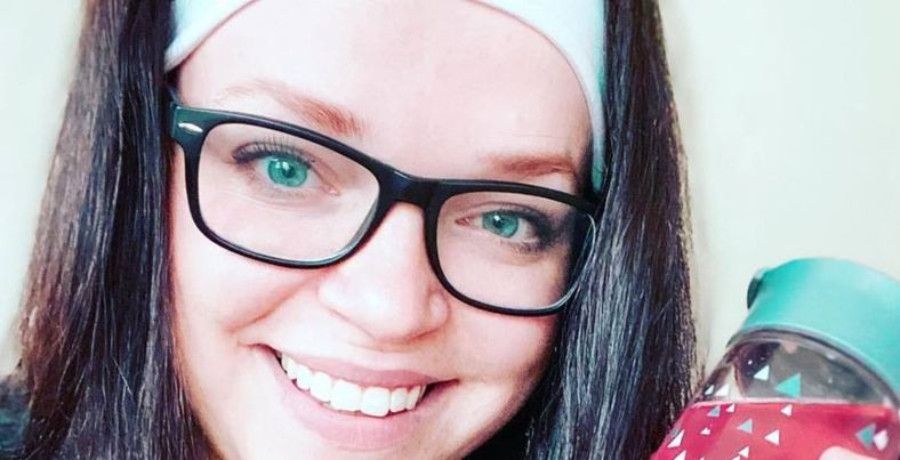 Sister Wives star Maddie Brush Brown shared an adorable photo on Instagram. She revealed what she uses as the background on her phone. The new mom loves to share photos of her adorable children. As TV Shows Ace reported, the reality star took to social media to share photos of Axel’s first haircut.

When you’re a new mom, everything is important. Of course, you would document your little one’s first haircut or first steps. It’s the normal thing to do. Maddie, like most moms, wants to see her kids everywhere she goes, even if it’s on her phone. The TLC star shared the cute snapshot via Instagram.

On Sunday, June 13, Maddie Brown Brush took to Instagram to share a sweet photo of herself with her daughter Evangalynn. In the photo, the loving mom wore a white dress that featured tiny yellow flowers. Maddie’s dress kind of matched that of her daughter. Her baby girl smiled brightly as she wore a white dress with lemon slices.

Maddie snuggled up to her daughter in the photo. In the caption, she wrote, “This is my background photo, and every time I open my phone I smile because; look at her face! Just straight-up happiness! I love it. Thought I would share it again and bring some sunshine to your day! 💛🌼🍋” The photo did its job since over 18,000 users liked it. Scroll on to see the sweet photo of Maddie and baby Evangalynn below.

Maddie’s mom and Sister Wives star Janelle Brown commented: “The best!” Most of her fans remarked how beautiful the photo looked. They enjoy her sharing photos of her children on social media. Maddie is very comfortable with sharing that side of her life, especially on the show.

However, her fans and followers get something that’s a little more intimate that they don’t do on the reality show. As most know, Sister Wives is recently about the struggles of polygamy life rather than family life. Maddie’s Instagram gives viewers a closer look into her life. So, they enjoy it when she shares these wholesome moments.

The motherly instinct continues. Maddie Brown Brush took to her Instagram Stories to share tips with her followers. She revealed that she buys everything in bulk. Most mothers have to when they’re raising a family.

Since Maddie already comes from a large family, she knows what it’s like to share foods, toys, and supplies with her brothers and sisters. So, she makes sure she covers her basis. On her Instagram Story, she was promoting the Blueland cleaning products. She shared with her followers that it’s a cost-effective way to clean her home.

Maddie’s fans gain a lot by following the television personality on social media. Not only do they get adorable photos of her family life, but they also learn how she tackles motherhood. Check back with TV Shows Ace for more news and updates on the Brown family.