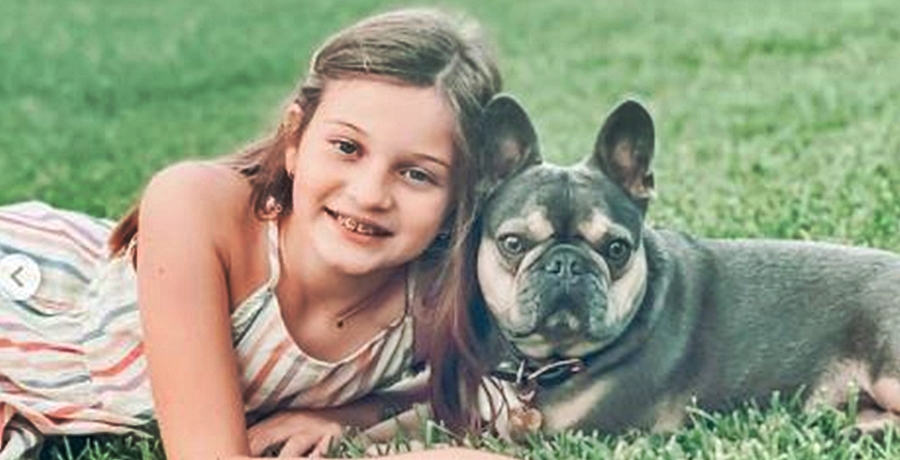 Danielle Busby from OutDaughtered seemed both amazed and delighted when she went all out to make Blayke’s 10th birthday special. All of a sudden, her baby girl seems very grown up and that’s hard for moms. It seems like a mix of excitement about their future and regrets that their baby’s gone forever. So, now Blayke was dropped off and will spend time away from home. Her mom feels mixed emotions by it.

OutDaughtered fans know that Blayke enjoyed a clear run of about five days celebrating her 10th birthday this year. Her mom admitted that she spoiled her silly. However, double digits seemed rather special. At 10, she was old enough to enjoy facials with her friends. Sleepovers never grow old with kids and young teens, either. Definitely, it looks like this year is filled with a lot of first-time happenings for Blayke. Nowadays, she boasts a set of braces as well.

‘OutDaughtered’ Mom Danielle Can’t Get Over Her Daughter Blayke

These days, Adam and Danielle Busby are pretty generous with photos and video clips of their eldest daughter, Blayke. Unfortunately, the OutDaughtered parents often get criticized for not giving her as much attention as her sisters. So, fans especially appreciate it when they get quality Blayke content on social media.

Blayke already looks like a teen. Both parents frequently comment on how grown up she is. Now, Blayke goes away and stays overnight at a camp for the very first time. So, that explains why her mom experiences mixed emotions.

When Danielle Busby told her fans that Blayke goes away, she wrote, “Can’t believe I dropped off my babygirl to her first [overnight] Summer Camp.” Then she added, ” So many mixed emotions and feelings here, hahaha. I’m SO excited for BB but I’m going to miss her like crazy.” Well, in the hashtags, she told OutDaughtered fans that she went off to the Clear Water Community Church Camp. It looks like Blayke probably enjoys herself a lot as one photo revealed her best friend.

Actually, Danielle Busby often shares about their church, so maybe Blayke knows other girls at the camp. According to the website for the camp. they follow COVID-19 guidelines. Plus, “Camp Creek rooming is by campus, gender and grade.” Obviously, fun activities outside of learning the Bible keep the kids active and entertained.

In the comments section of Danielle Busby’s post, many fans reassured her, saying that their own kids who attended camp really enjoyed it. Hopefully, the OutDaughtered mom gives TLC fans a lot of feedback and anecdotes about her beautiful daughter when she returns. 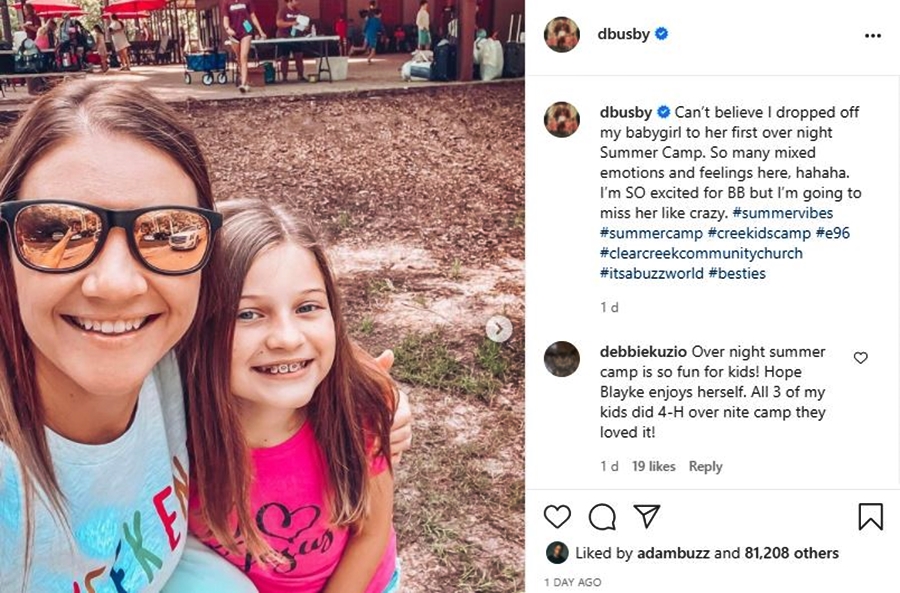 Remember to check back with us often for more news and updates about Danielle Busby and Blayke from TLC’s OutDaughtered.