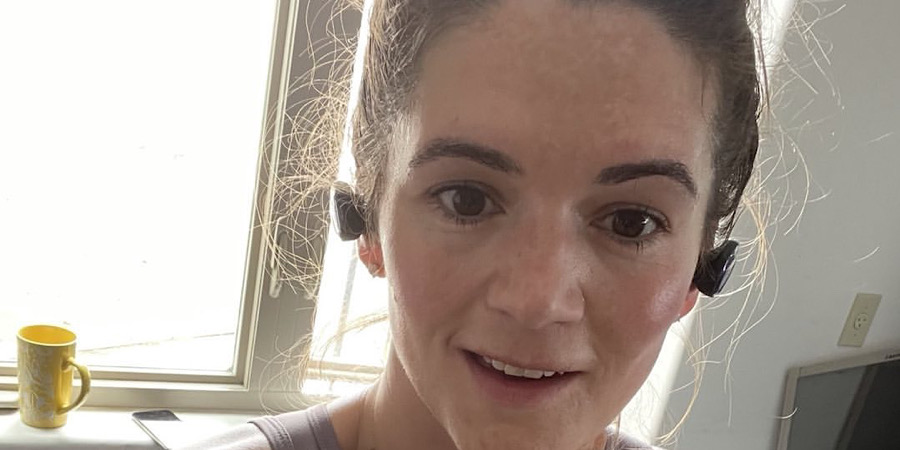 Over the weekend, Dannielle Merrifield attended the rodeo with her sons. The Seeking Sister Wife star stunned in a white and coral dress. She paired it with tan ankle boots, a cowboy hat, and a denim jacket. Missing from the adventure was her partner, Garrick. The two raised eyebrows when they purchased two acres of land last year. It only recently was revealed that Dannielle’s name had been added to the deed in September. Though it appears they are still very much together, fans and followers want her to leave him behind.

When viewers watched the Season 3 finale, they could not help but feel for Dannielle. The mother of two had flown with her children, parents, and Garrick to Mexico. They were there to meet their potential sister wife, Roberta. After COVID shut everything down, life became more complicated for the trio. It became especially rough when Roberta contracted COVID and had to relocate to her cousin’s home with no cell service.

Communication became spotty but when it was finally up again, Garrick and Bert made a decision. Instead of going to Mexico for a wedding, they would meet there to make a baby. Life was uncertain and she was not getting any younger. This did not sit well with Dannielle as she had no say in what was happening. As for her parents, they did not like the idea.

Bert did not have a guarantee she was coming to America yet. If the baby were to be born in Brazil, Garrick would have to move there. He did not seem to mind or care. The season ended with the family in Mexico during Bert’s ovulation cycle. She and Garrick were actively trying. Finally, Dannielle’s parents accepted her into their lives. Yet, rumors swirled Dannielle had left Garrick and found a new man.

Dannielle Gets Her Rodeo On

Just a few days ago, a fan spotted Dannielle and Garrick out together. She took a photo with them, confirming they are still together. Bert is nowhere in sight. Now, she is out, looking better than ever before and her followers could not help but comment on the pics she shared on Instagram.

One follower said: “Look at you gorgeous momma.” Another noticed how great Dannielle’s hair looked and asked what she used to curl it. Some were curious as to where Bert was as this season, there was no tell-all. One follower had this to say: “You look sooo much happier when Garrick’s not around you!!!”

What do you think of Dannielle’s post-Seeking Sister Wife glow-up? Do you think Bert will ever come to America or are she and Garrick better off without her? Let us know in the comments below!