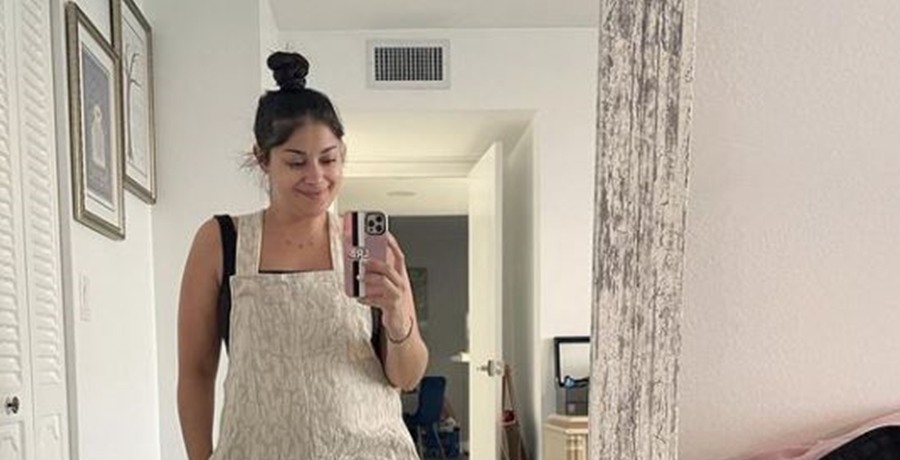 Loren Brovarnik from 90 Day Fiance just blew TLC fans away with her style. Actually, that’s after she posted up a rather risque tee that only a few people enjoyed. Clearly flexible, the pregnant mom looks stunning, fans agree. In a few months, she gives birth to her second child and fans can’t get over how good she looks. Actually, some of her latest posts reveal that she really feels this pregnancy in a good way.

Loren Brovarnik amazed TLC fans with her style on Friday

90 Day Fiance fans seemed a bit shocked last week when Shai’s mom Loren shared a photo of a tee-shirt that looked rather risque. It featured two fingers giving the world the flip. Some fans wondered if she shared a cryptic message or even an illusion. However, nobody really made anything of it. At the time, we speculated that she just won’t accept miscommunications during retrograde Mercury. However, that seemed an unusual style for her and now she’s back to her usual beautiful appearance.

Loren Brovarnik manages to look good with her style during her second pregnancy. Recall, Shai came along and TLC fans just fell in love with the cute kid. We reported that Loren and Alexei’s baby looked very close to walking in mid-March. Of course, since then, he’s way more mobile and lost not one ounce of cuteness, fans agree. Soon, he becomes a big brother and fans can’t wait to meet the little one. In March this year, People Magazine reported that their second child will also be a boy. Due in August, fans can’t get over how stylish and poised Loren looks.

In the last week, apart from the controversial tee-shirt, Loren Brovarnik revealed her style three times. One of them showed her in a grey pantsuit, with straps at the neck and shoulders. Fans liked that one a lot. One fan commented, “😍Awe you look so beautiful GBy 🙏🏻🙏🏻🙏🏻♥️ 👶 🍼.”

The next one that came three days back really impressed fans. In it, Loren wore pastel shades. Loren Brovarnik got 90 Day Fiance fans gushing about her style. She captioned that one with. “Feeling the belly, the bodycon, and the bag. ✨”Once again, fans praised her outfit and her beauty during this pregnancy.

In her latest photo, fans really raved about her style. She shared a photo of herself in trousers and a top that showed her pregnant belly. One fan commented, “This gives off a beautiful energy! 😍 looking good Mama.”

What do you think about the outfit that Loren shared this weekend? Do you agree that she looks amazing? Sound off in the comments below.

Remember to check back with us often for more news about 90 Day Fiance star Loren Brovarnik, her outfits, and style.