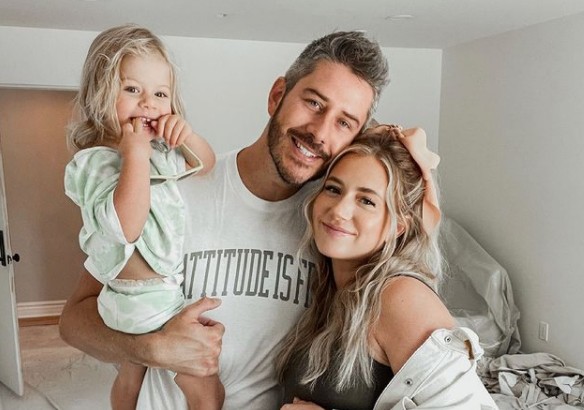 They are finally here! Former Bachelor Arie Luyendyk Jr. and wife Lauren Burnham are now a family of five. The couple welcomed their twins into the world Saturday evening. Fans have been waiting and following Arie and Lauren daily for updates. Now, the babies are finally here.

The twins, a boy and a girl, were born June 12. They join their mom, dad and big sister Alessi. It appears based on Arie’s Instagram story the two babies were welcomed into the world via C-Section. However, that’s not yet been confirmed. Arie shared a photo of himself on Instagram and said he was waiting in the dad room for them to prep Lauren.

The twins birth comes just two days after Lauren was convinced she was going into labor. It wasn’t time just yet. However, tonight it finally was. Arie kept fans updated via Instagram as Lauren was hooked up to baby monitors and proceeded through labor. He said she had more difficulty with nausea this time around. No details have emerged just yet about their time, weight or names.

Arie went to Instagram and shared that the twins were here. he said Lauren and the babies were all doing great. Lauren made it 37 weeks carrying their two miracles.

The twins are their rainbow babies

Lauren suffered a miscarriage in May of 2020. She and Arie went through a difficult time following their loss. When she discovered her pregnancy, neither guessed it would be twins. Arie has joked in the past how excited he was that at least one was a boy. 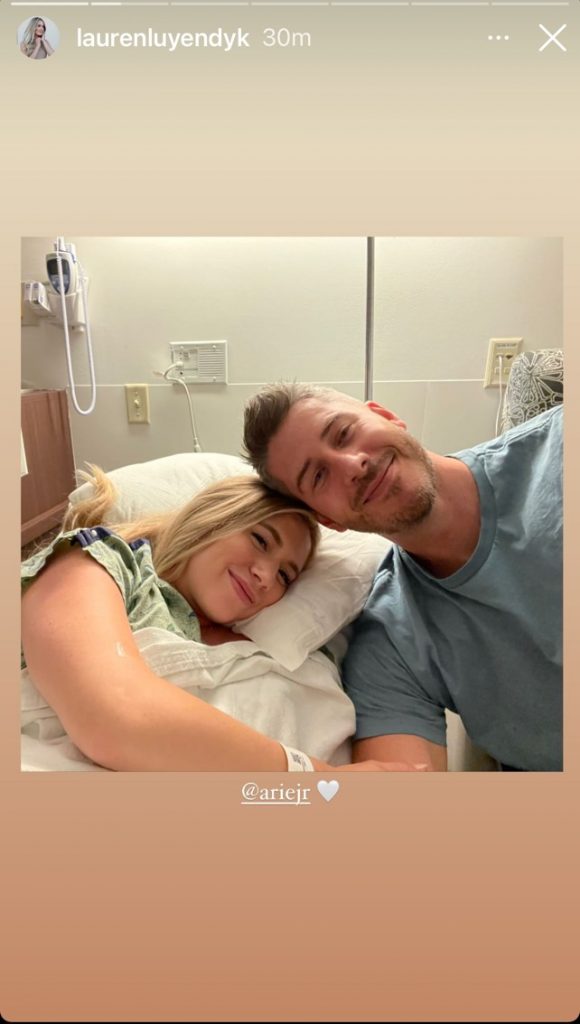 They kept fans in the loop with weekly updates on the twins progress in the womb. In fact, they have a separate Instagram account for the twins and one also for Alessi. By doing this they are able to keep a digital journal for the children to see someday.

Their latest update on the twins was a week ago. Lauren was 36 weeks. She noted the twins were reportedly weighing approximately 5.5 pounds each through measurements. While she endured swollen ankles and fatigue, Lauren has said how proud she is of her body. She cherished every moment of carrying her babies. Arie has been an amazing support for Lauren through both pregnancy journeys. 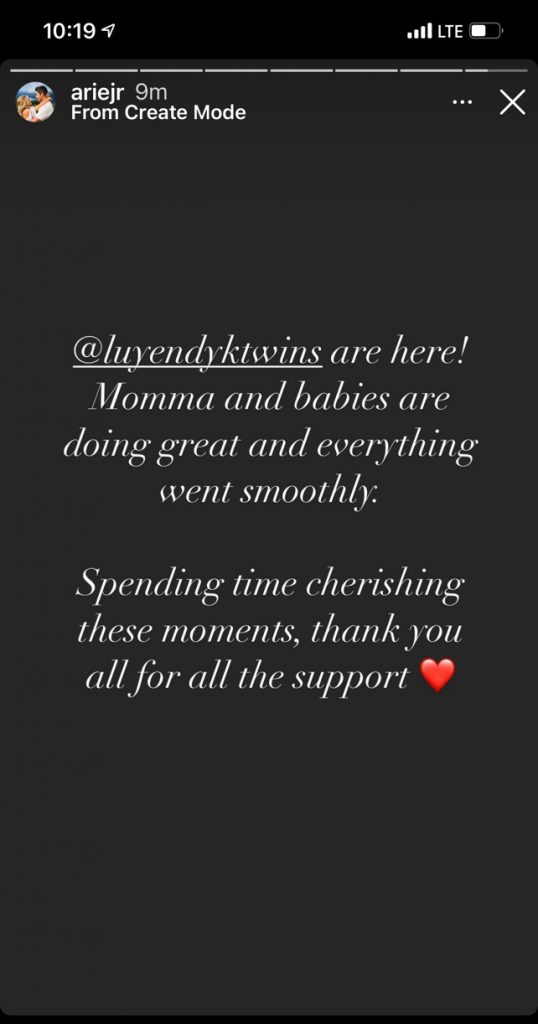 Congrats to Lauren and Arie!